The Roadmap To United States Of Africa

How can we Unite as One Afrikan Country?
By Jibril Mohamed 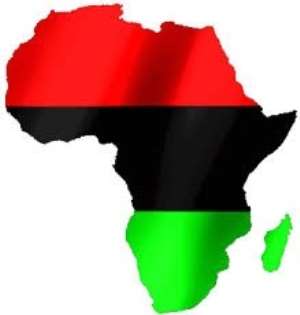 Afrika is divided because it has chosen to or because her drivers had refused to make it United. simple! You need further details? OK. Here we go.

We must tell ourselves the bitter truth that what happened in the past belonged to the past and those who are still thinking of the past are wasting the present and would therefore have no future. Currently, Africans are the cause of Africa’s underdevelopment. Slave trade and colonialism are things of the past and they did not occur only in Africa, they happened in Latin America, North America, Asia and other parts of the world. Can we compare those regions with Africa today? Are countries like India, Malaysia, Mexico, Brazil, Singapore and the likes still blaming the Europeans for their past misfortune or have they transformed themselves into powerful economic and political blogs. Brazil is now the 7th largest economy in the world, 37 places above their former colonial masters Portugal who are 44th.

Well, As a person who practice Pan-Afrikanism - I believe these five things are important for Afrikan Unity as well as For Afrika Development.

A. A single unify travel document.

The Afrika union has already started with an AU passport which allows diplomats and serial business leaders to travel to any Afrikan country without needing a visa. There are some phenomenal things happening in Nigeria that people in Congo will never experience simply because of travel restrictions and visa requirements. The same can be said about that travel from Liberia do Libya, from South Afrika to Kenya. Allowing people to travel will open the market for free trade - the core principles of the pre slavery Afrikan.

B. Single unit of currency

I would argue that a pan Afrikan currency will uplift even the poorest of Afrikan country like Somalia who mostly uses the US dollars as her primary currency. If I can travel from Somalia to Nigeria with my single passport on a business trip - I shouldn’t have to worry about currency exchange on the continent. I should be able to actively participate in the Nigeria’s economy. This would not take away the facts that each countries can still operate on the own currency. Having a Continental currency has great potentials. My argument is lets call it the Afrikan “PAN”. Watch me as I will use my artistic skill and design the Afrika “PAN” for you all in the future.

let us agree once and for all to pick at least two primary dominant languages and teach it in all primary schools - I would say Kiswahili (Swahili) and English with Arabic (language) being an+advance elective. These languages should be required in All primary school, and proficiency should be required upon entering College or University. for those who think this is not fair, remember I am from Horn of Afrika and only know how to speak Somali and English.

Simply put a farms of servers across the continent who’s sole purpose is for information gather and sharing.

Information database will Help to fight terrorism, groups like Boko haram and Alshabaab could be effectively sought after and eliminated it can help contain diseased such as Ebola and HIV from spreading. It can helps us gather information about non Afrikan or Afrikans who are trying to keep Afrika poor & divided by insighting civil conflicts. Informations is power - this should be safeguard like Fort Knox.

If we build interconnecting highways the possibilities will be endless. Trucks can ship goods and services from one country to another.

We can share in each other culture, goods and services. We could strengthen out security for ourselves and our neighbors- simply because our economy are interdependent.

Thus I’m saying all this, to make you realize her true wealth, African and her countries must realize that the greatest strength lies in Unity, Love, Responsibility to one another.

No Afrikan Is foriegner in Afrika, We all Belong to the Greatest Nation.

So, If we do the above-mentioned things, Afrika Will be UNITED and will become the most powerful country over all.

'Akufo-Addo's people not talking to me anymore because of my...
15 minutes ago