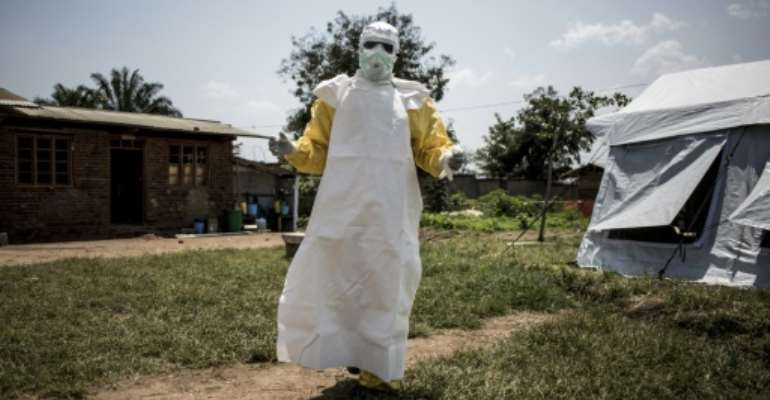 The latest outbreak of Ebola is spreading in the northeastern DR Congo region of North Kivu. By John WESSELS (AFP)

The Ebola outbreak in eastern Democratic Republic of Congo has claimed 180 lives, according to the health ministry, with 10 more reported deaths in recent days.

The ministry said Thursday that it had recorded 285 possible cases and 180 deaths.

The latest outbreak is spreading in the highly-restive northeastern region of North Kivu, which is home to a clutch of armed groups.

It is the 10th in DR Congo since Ebola was first detected there in 1976.

In mid-October, Congolese authorities said they were facing a "second wave" of the outbreak centred on Beni, a town near the border with Uganda.

The epicentre had earlier been focused on Mangina, around 20 kilometres (12 miles) from Beni.

Since a vaccination programme began on August 8, more than 25,000 people have been innoculated, the health ministry said.