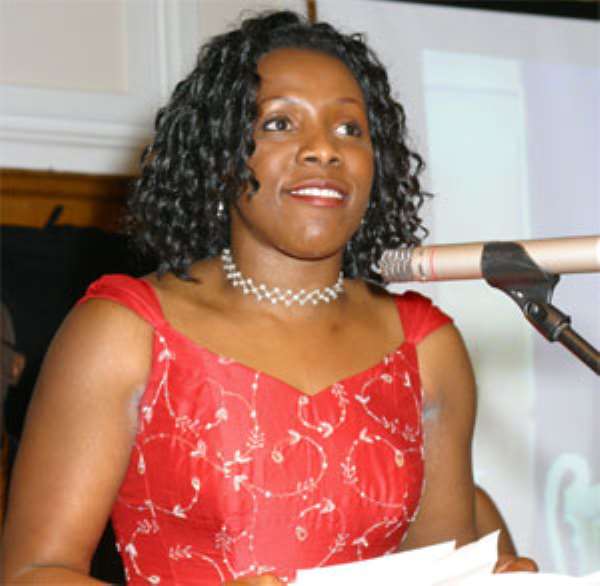 Ghana Professional Achievers (GPA) Awards (www.gpaawards.net) was the proud winner at last Friday's European Federation Of Black Women Business Owners (EFBWBO) 10th Anniversary BIBA's (Black women In Business Awards) held at the Grosvenor House Hotel, Park Lane London.
GPA Founder Emelia Bartels who is also a director of PR and Marketing firm Excell Consultancy received the award for the PR and Marketing Category in recognition for her work with the GPA awards in promoting Professional and Business people in the Ghanaian community. In an interview with the press Bartels who expressed her joy at receiving the award said “GPA is used to projecting businesses and professionals and putting them on the global recognition Map. To be on the receiving end is a wonderful feeling. We are grateful to be recognised by the EFBWBO for our work in the community and we hope this will spearhead us to further promote and project Ghana's business and professional people”.
The BIBA awards were part of the EFBWBO's 10th anniversary two-day Global Summit and Business Expo held on 28th & 29th October. The Federation has in the past 10 years been the main driving force in highlighting black women business owners and a forum for networking for Black Business Women in the UK and Europe. Responsible for inspiring black women to come together to learn share and profit, their influence has spread to countries including South Africa, North America, South America, Jamaica, Ghana Nigeria and Senegal and still spreading. Founded by Yvonne Thompson CBE and event patron Baroness Howells of St Davis, the Summit took place at the Novotel International Conference Centre in Hammersmith, London.