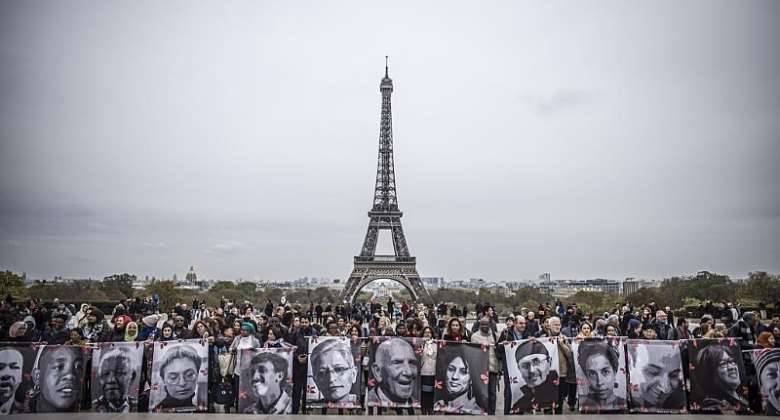 They play an important role in defending human rights. Yet for many, ensuring that civil liberties exist comes at a price. Last year, more than 300 human rights defenders were murdered, according to Amnesty International, behind the second Human Rights Defenders World Summit in Paris. It calls for a plan of action to protect and promote the work of activists, 20 years on from the first UN Declaration on Human Rights Defenders.

"A big summit like this really does provide human rights defenders some respite," says Alice Mogwe, Director of Ditshwanelo, the Botswana Center for Human Rights.

"For those three days you're the majority, not an oddity," she told RFI.

Since Monday 29 October, more than 150 rights campaigners have converged in Paris for the second Human Rights Defenders World Summit.

Since the last summit in 1998, more than 3,500 human rights defenders have been killed, with the United Nations warning that the situation for them is worse than ever .

"These are quite perilous journeys that human rights defenders are taking," comments Alice Nah from the Center for applied human rights at the University of York, behind an arts display portraying the risks involved in defending human rights.

"They have to have such courage and bravery to press on, and it's important for us to recognize their frailty but also their strength," she told RFI.

"We have a sedition law that was recently used against a journalist for having written an article (...), we've also seen the death penalty continuing to be used," she says, "the most recent was on the 25 May, which ironically is Africa Day."

It was used against Botswana citizen Patrick Gabaakanye , the fourth inmate to be executed in Botswana in the last 20 years after the 1999 execution of South African immigrant Mariette Bosch, for murder.

Where does she draw her courage from?
"There are three people who have always inspired me. One is my Dad: he went to school in apartheid South Africa. The time I started my death penalty work he was actually our ambassador, which meant I took his government to court," she comments.

The other two people were her bishop and her former headmaster.

"What all of them had in common is what Archbishop Desmond Tutu espouses, the value concept of Ubuntu," she says.

The spirit of Ubuntu that Mogwe is describing, is a concept recognizing that we are all part of a greater whole, not just the people we agree with.

For some human rights defenders however, it's a challenge getting their families to agree with them, let alone their work.

"There is an invisible repression by family members of activists who cannot support them," says Fred Bauma, a founding member of LUCHA, a non-violent civic movement in the Democratic Republic of Congo.

"Sometimes, they oblige them to leave their house when they continue this work," he told RFI.

Bauma though has stood firm, despite spending 17 months behind bars on trumped-up charges.

"When you get involved in the civic movement, you don't expect to see yourself, or people close to you dying that way," says the 28 year old, who's been an active member for six years.

"But when you get in, you know that you are working on this not for yourself but for the next generation. This struggle is bigger than us," he said.

The three-day summit culminated in the presentation of a landmark action plan which will be presented to the UN in December.