Monecracy, The Highest Bidder Politics Of Spread, Win And Loot 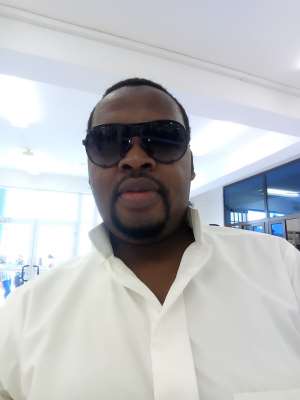 Monecracy is the system of politics where aspirants spread resources to gain undue advantage over their competitors. This system often favours the highest bidders but not always the case. Democracy on the other hand is a political system that favours the most popular person. In monecracy, the winner's core interest is to plough back his or her money with a million percent interest . What matters most is more cash.

Let me begin by saying that there is no proof that the so-called highest bidders are less competent than the lower bidders. The highest bidders are also victims of a monstrous and an ugly political system rearing its head. The lower bidders are lower bidders by virtue of inadequate resources not because they are saints. However, I think we have to wake up as a nation. When a political system shuts the door on the less privileged in society that system is bound to be rejected someday by those who feel aggrieved for being excluded. No need for long quotes from Marx or Engels to buttress my essay. Neither do I need to recall events leading to the 1979 Revolution in Ghana and its effects. Some things are bound to happen.

The manner in which we condemned and mocked the flamboyance which was displayed during the recent NPP national executive election, I thought we were going to be guided by the lessons learned but I was so wrong. My NDC seems to want to beat the NPP in corruption. Yes, corruption! There is a clear difference between giving out T&T to delegates when you invite them for a program and attempting to buy their conscience. Giving T&T is not corruption in my humble view. However, when you give them gas stoves, televisions and fridges at election ground on election day or a day before election is a gargantuan corruption.

I have seen flagbearer hopefuls mocked for their inability to satisfy the whims of some delegates. I followed a discussion on one platform where a Regional Organiser of my party claimed some flagbearer hopefuls should forget about winning because they only pay GH¢2000 per constituency. I gnashed my teeth. If things continue this way, trust me though I am not a prophet, I foresee the overthrow of this corrupted monecratic political system.

We have all been complaining about monetization of our political system yet we have all become part and parcel of it. Some delegates told me that though in their view Asiedu Nketiah was the right person for the NDC, should he fail to "pay" they would teach him a lesson of his life. Wow! Surprised? Not at all! Some have even dared the former president on similar grounds. What I saw yesterday in Central Region completely broke my heart. There are no future leaders in Ghana. We are breeding future crooks. We will then turn around and blame our leaders as corrupt when it is evident that we encouraged them, helped them, pushed them, motivated them and with our blessings they became "thieves in suits".

May God bless Africa with genuine people who will stand up for justice, equity and freedom.