Nurse Nuclear Weapons; And Benefit From The "Fear Factor". 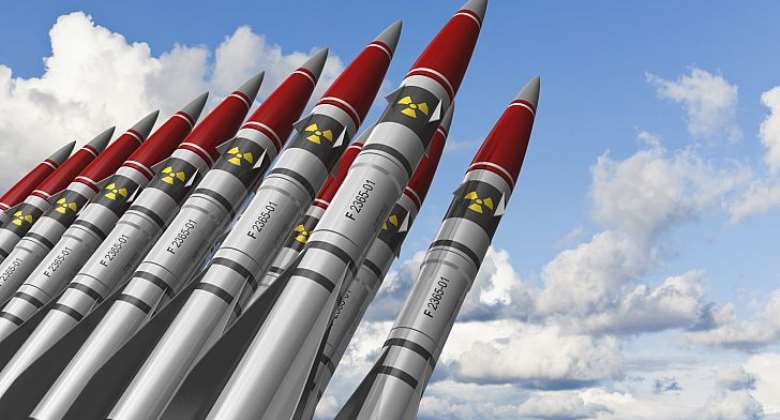 Not long ago, I remarked that countries which go nuclear are treated with caution and respect. It wasn't for nothing that prompted me to make same but the continuous attacks of superpower countries against countries who are building up to that status called for my reservation. You can't tell me that Russia, one time world talked about and leading arm in warfare hasn't had the respect of supremacy from her neighbours and colleagues; even till date, the respect accorded her in world affairs is immeasurable. You can't also tell me that both US and Britain who are superpower nations haven't gotten the attention from countries to spearhead their activities; be it trade or infrastructure development. This is all what they (superpower countries) need; respect, and to be treated as kingpins in world affairs.

Without nuclear weapons, the US and Russia, very likely, would have engaged in conventional warfare throughout Europe shortly after WWII ended. With the likelihood that the Russians might have emerged victorious. Merely because their ability to provide men, material and supplies was not limited by a vast expanse of ocean. Plus, the American people might not have supported or tolerated any further extension of American military presence in Europe. Also, on the contrary, the US might have been victorious over Russia because of updating and discovering other destructive agents in different facets other than nuclear weapons.

However, the Americans did have very effective long range aircraft, which could have made a significant difference when pushed to the wall. I foresee no other world war which could cause similar mass destruction that would remind us of the "The Little Boy" and "Fat Boy" as well. There could be counter attacks amongst countries be it verbal or base establishment but none could degenerate into WW3.

In the nuclear world, a state attacks only if she believes of assured or guaranteed victory over the other. Interestingly, when lodging an attack on a nuclear-armed opponent, the aggressor must be sure that the chances of retaliation is very low. And when it happens that the will or power of the attacked appears stronger than the initiator of the conflict, there that mass destruction (Mutually Assured Destruction) would be recorded than ever expected because none of the parties would ever make a retreat or surrender. Do you think that Americans would have dared to invade Iraq and Libya if both countries had nukes in their inventory? The intention is that the enemy will not attack me if he knows even if he strikes first, I will have enough left to destroy him. For this aggression to be professionally managed, countries resort to war-of-words rather than war-of-action.

The generation that grew up in the shadow of nuclear war both hates those weapons no matter how advantaged it is to humanity in other sectors. We pray not to see what the world had seen in the periods of the two catastrophic major world wars.