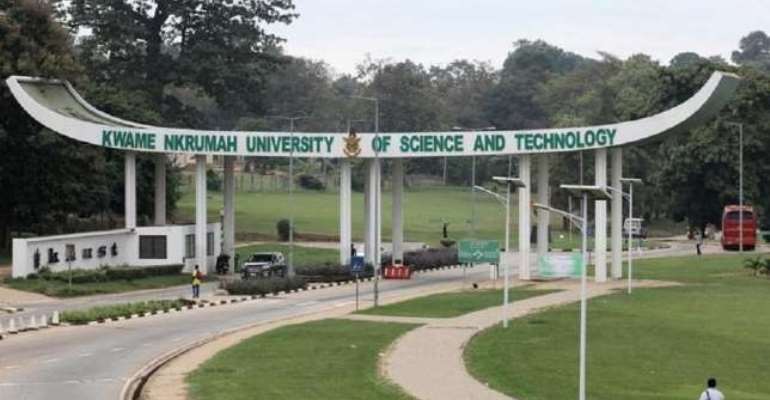 University lecturers and educational workers have been offered a seat on the school's interim council after their exclusion sparked a strike.

A statement by the Education ministry said the inclusion of UTAG and TEWU is to “further enhance stakeholder involvement”.

University Teachers Association of Ghana (UTAG) and Teachers and Educational Workers Union (TEWU) had expressed shock at government decision to dissolve the university's governing council after a student protest turned violent leading to the shutting down of the school Tuesday.

The lecturers have called the decision an attack on academic freedom.

After wide calls for government to step into the KNUST brouhaha, it is now facing criticism over the dissolution of the governing council.

KNUST Alumni, TEWU, UTAG and the SRC have kicked against the new 7-member interim council which had been given a four-month mandate to resolve the conflict between the students and school authorities.

There are indications, TEWU, UTAG is likely to turn down the offer to join the interim committee and will insist the 'old' governing council be restored. 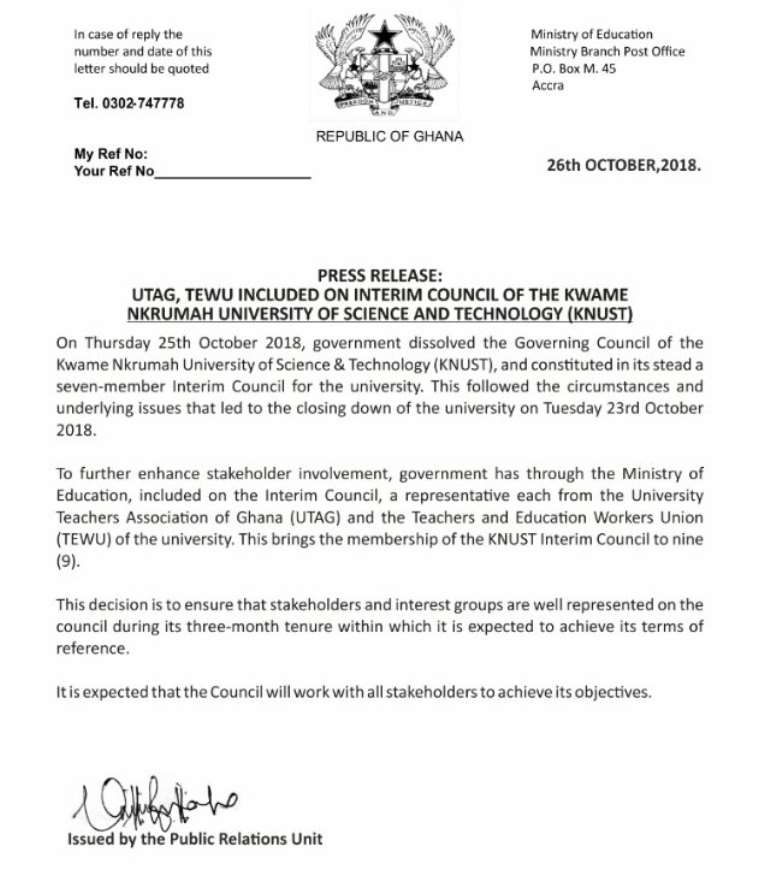