The Fight Against Galamsey: Winning Or Losing? 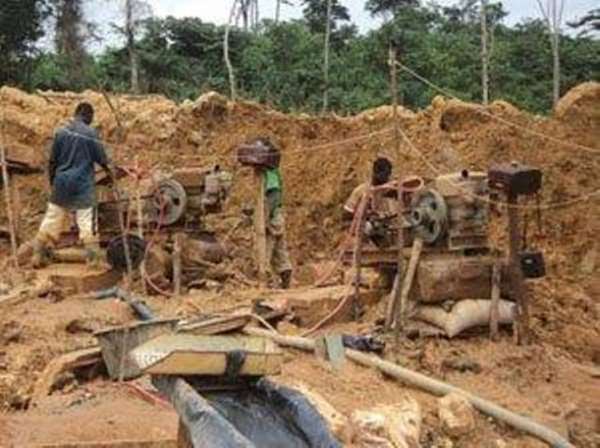 I began the fight in this column so many years ago when our water bodies, particularly the Pra and Ankobra Rivers in the Western Region became so filthy and dangerous to the health of the people of my dear region.

The people of Sekondi-Takoradi and its environs depend on the Pra River for water supplies while the people at Axim down to Kikam, Essiama and beyond depend on the Ankobra River for their sources of clean potable water. The open pollution of the two river bodies, which were and still remain the main sources of water supply for the people living along their banks and within their reach with such glee and nonchalant attitude of the state, was very worrying.

Having worked on cocoa farms as a child, I also appreciate the value of cocoa farms not only to the nation but to the farmers. Cocoa farm ownership is a social symbol and status for cocoa farmers in their various communities. The bigger a cocoa farmer's farm and his yield, the more respect he or she commanded in the society. Cocoa farms are environmentally friendly; the soil beneath is always rich because the dried leaves fertilize the soil. The undergrowth also produces crops like 'cocoa ase bayere' which grew wildly.

All of a sudden we sat down and watched as cocoa farms were being cut down with reckless abandon and in their places, gold prospects and mining in their most crude forms were taking place. No proper valuation was made in respect of the real value of the cocoa trees being cut down so that the farmers would be adequately compensated for their sweats in terms of the cocoa farms they have established over the years, what they stand to lose in the years ahead as well as the loss of their farm lands. We legitimized the criminal conducts of illegal miners some of whom claimed they had licenses to operate in the areas they were operating contrary to the laws of this country.

Gratefully, the change of government in 2017 gave this country some hope. President Akufo-Addo has made it a point to bring an end to this senseless expropriation and destruction of our national heritage by greedy bunch of nationals with their foreign collaborators using their ingenious technology to hasten the destruction of the water bodies while highly sophisticated construction equipment are used to dig the ground and divert water courses to extract the gold from the bowel of the earth.

The courage to stop this nonsense in the past was founded on fear of losing political votes. Indeed, the beneficiaries of this senseless destruction of our heritage came from the two major political parties – the NDC and the NPP. It was therefore a relief for the nation and some of us who are lovers of the environment when the VANGUARD was put in place to deal, in my view, a deadly blow to this canker that enriches a handful of Ghanaians and their foreign collaborators to the detriment of future generations.

The question now is, one year after the fight with the full support from the media, prominent chiefs in this country, sincere citizens who have the love of this beautiful country at heart and perhaps statesmen from across our borders, what have we achieved?

So far, reports indicate that the illegal galamsey activities are still ongoing in many parts of the country. Reports of arrests in certain parts of this country indicate that the operators are ahead of the personnel of the Operation Vanguard or are given hints of the movement of the VANGUARD by insiders. There are reports that the operations of the very activities the nation is fighting against are on the ascendancy particularly in the Western Region. In many instances too, the culprits are heavily armed with lethal weapons. Who are they at war with?

Just last Tuesday, October 25, 2018, the Daily Graphic and Daily Guide reported an incidence of Chinese nationals having shot and killed their fellow Chinese at Wassa Akropong in the Amenfi Central District. Daily Guide report indicated that 'Four Chinese nationals have been arrested by the Western Regional Police Command in Sekondi (sic) for allegedly possessing weapons illegally'. The Daily Graphic on the other hand reported: ' What could have passed as an ordinary disagreement among some Chinese at a casino turned bloody , when an unidentified colleague of theirs fired into them last Saturday at China Town in Wassa- Akropong in the Western Region'.

The questions I will ask as a journalist and a patriotic Ghanaian are: do the Chinese nationals have resident permits to stay in this country? If they have, do they have work permits as well? If they do, what type of jobs have they been offered work permit to legally engage themselves in the Western Region for that matter and in Ghana generally? The issue above is not that Chinese nationals have been allegedly shot dead by fellow Chinese nationals but the fact that they possess arms, imported or locally manufactured, puts our lives in danger as a people.

It is a known fact that the Amenfi Central area of the Western Region is awash with galamsey operations even as we claim to be fighting it. And the fact that there is a 'China Town' is an ample testimony to the fact that they are doing nothing but galamsey and other unlawful activities for their survival. Where is the Ghana Immigration Service (GIS)? The Service has lost its powers to go after illegal foreigners who do not have legal residence status to do whatever in this country? Is that the level that we have reduced this nation to?

I am not and will never be xenophobic since my youthful days found me roaming in some neighbouring West African countries for survival, but I never engaged in any activity that their laws prohibited let alone possess arms. For foreigners to be armed to the teeth in illegal mining areas of this country is an indication that we are failing in the fight against the destruction of our river bodies and otherwise serene kaleidoscopic natural landscapes, dancing beautifully to the vagaries of the weather. Worse of it, as a nation, we don't seem to have any idea how many foreigners are armed for whatever reason until they are either caught up in armed robberies or commit crimes reported above.

There are numerous instances when the Operation Vanguard people have arrested some of these illegal miners armed to the teeth. How effectively are we putting our Armed Forces to protect this country from armed foreigners and their local collaborators? Should their numbers increase in future and they start fighting us from their galamsey camps, would we be in a position to save this nation? I am scared as a citizen.

Even before we can assure ourselves that our target at halting the environmental destruction that go with illegal mining with its concomitant water pollution and soil degradation, the local perpetrators of these unwholesome activities are threatening the NPP government with '2020'. And those at the forefront are NPP people, members and supporters. When I hear the so-called small-scale miners making a claim to have licenses my heart bleeds. Who issued them with the licenses? And who told them that those licenses cannot be withdrawn? Passports issued by the State can be withdrawn, drivers' licences can be withdrawn even medical doctors' licences can be withdrawn, let alone license to mine.

In fact, when the Operation Vanguard policy began, the government should have withdrawn all such small-scale licenses until further notice; we didn't do that and they are now blackmailing the State. Ghana is for the dead, the living and those yet to be born. Let's deploy the Ghana Armed Forces wherever galamsey is going on and deal a deadly blow to it once and for all.