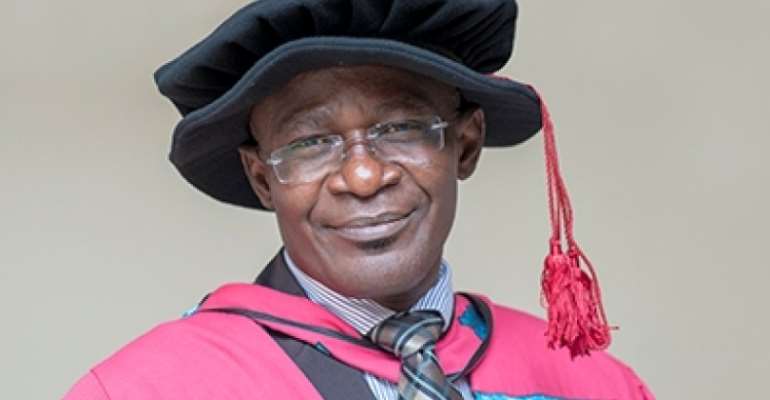 The 7-member Interim Governing Council appointed by the government to steer the affairs of the Kwame Nkrumah University of Science and Technology (KNUST) in Kumasi will determine the fate of the Vice Chancellor (VC), according to the Deputy Minister of Education, Dr. Osei Yaw Adutwum.

The Interim Council, chaired by Nana Effah Apenteng, Paramount Chief of the Bompata Traditional Area, was appointed by the government after dissolving KNUST Governing Council and has been mandated to look into the circumstances leading to the riots.

Speaking in an interview with Otec News on Thursday, October 25, 2018, the law maker said the V.C., Prof Obiri Danso, who is not part of the KNUST Council, stay at the university will depend on the reports submitted by the interim council which has three months tenure.

“As we speak now the VC is still at post, but the school will be run by the interim council, with the VC having no authority to intervene in their affairs. Whether he stays or not will be determined by the recommendation made by the Interim governing Council,” Hon. Adutwum said.

There have been calls from the student’s body and the KNUST Alumni for the VC to resign following his inability to resolve the conversion of ‘Conti’ and ‘Katanga’ male halls into mixed halls, an issue they describe as “mere” leading to destruction of properties and the closure of the school.

They also described him as a “dictator”, who doesn’t respect human rights, for allowing the KNUST Security to assault them when they were in their usual ‘jamboree’ night.

The students threatened a demonstration to register their displeasure at what they describe as ‘harsh’ treatments being melted out to them by authorities.

The strike which included boycotting lectures became intense when some students in the Katanga hall in their agitation, destroyed some school property’s and ransacked the office of the Vice Chancellor, subsequently leading to the indefinite closure of the school.

“The seven member interim council has been established with three-month tenure to assume the powers of the governing council, establish the causes of the recent students riots on campus and full extent and cost of damage caused. It is also to resolve the difference s between university management and the student body,” the Bosomtwe constituency MP said.

He added that “the interim council has also directed that the University reopens within fourteen days to enable academic work to continue”.

The members of the interim council are Nana Effah Apenteng, Paramount Chief of the Bompata Traditional Area, as the chairperson, Prof. Mrs.Rita Akosua Danso and Dr. Edward Baffoe-Bonnie.