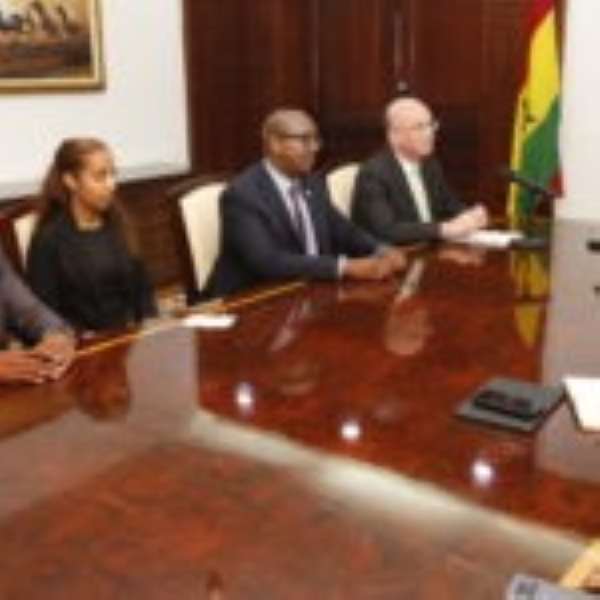 The African Union (AU) has described Ghana as a beacon of stability and democracy.

It says that issue of violence in Ghana is the lowest on the entire African Continent.

An assessment conducted on Ghana revealed it, according to the AU Commissioner for Peace and Security, Ambassador Snail Chergui.

The Commissioner and a delegation from the AU were at the Jubilee House on Wednesday, October 24, to pay a courtesy call on President Akufo-Addo, ahead of the official launch of the report on the assessment.

“Through this exercise, we found out that Ghana is really a beacon of stability and democracy. And the policies conducted in this country under your leadership Mr. President, gives confidence to the socio-economic space in this country,” Ambassador Chergui said.

Other findings include gender matters, which the Ambassador observed, and also the research work found out that Ghana has made progress in maintaining a balance in key positions of government.

Also, the assessment captured that Ghana has adopted all the necessary mechanisms to combat climate change.

In his response, President Akufo-Addo said to the AU delegation that Ghana attaches a great deal of importance to the Union. 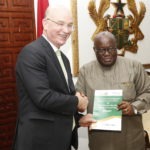 He added that the country will continue to submit itself to the Pan African agenda.

The President then expressed great delight at the fact that Ghana is the first to have submitted herself to the assessment.

He continued on the low violence per capita on the African Continent that, “the Ghanaian people would be surprised to learn that a matter of great concern to them; domestic violence; …in per capita terms we are one of the lowest on the continent…”

The President also remarked that the stability and the peace of the continent was something that was non-negotiable under any circumstances.

He gave the assurance assured that the report will be reviewed and all suggestions and recommendations will be given attention by his government.

The exercise by the AU is a continental annual event.

The Peace and Security Council (PSC) is the standing organ of the AU for the prevention, management, and resolution of conflicts.

It is a key element of the African Peace and Security Architecture (APSA), which is the umbrella term for the main AU mechanisms for promoting peace, security and stability in Africa.