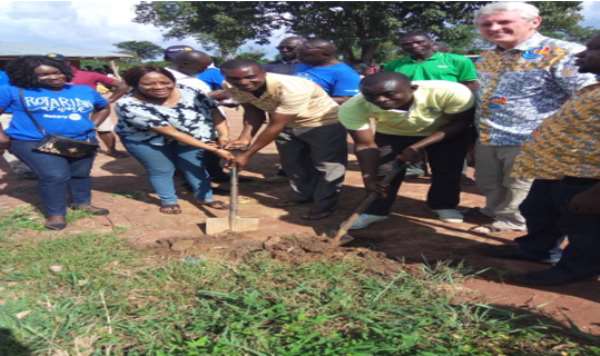 The project is funded by the Rotary Club International and to be implemented by the Sunyani Central and East Rotary Clubs respectively.

The DCE appealed to non-governmental organisations and philanthropist to assist the government in putting in place facilities to enhance the development of the district.

She said though government is determined, it would need some support as it could not do everything alone.

The District Chief Executive who was grateful to Rotary Club International for the project and their numerous support to the district said the Assembly is committed and it would partner any individual who will support the Assembly in developing the district.

Covid19: 85 people arrested for not wearing nose masks in Ko...
35 minutes ago