A Leader Will Not Waste The Humbling Aspects Of His Life 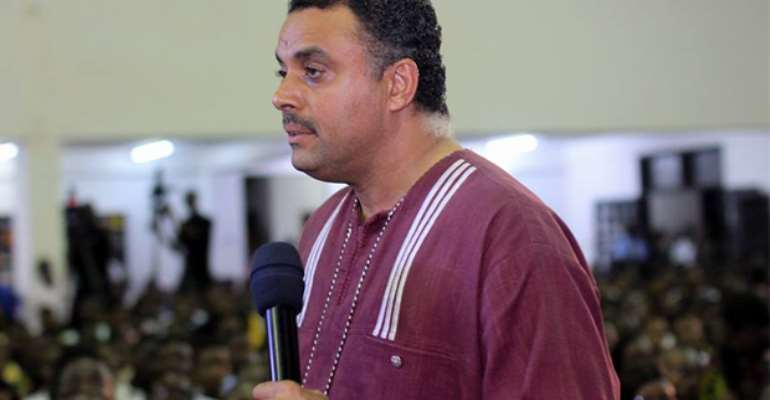 Paul was a great apostle whose influence is still present in the world today. He was not a waster of the humbling things in his life. Before his conversion, he led a group to persecute Christians. Remember the stoning of Stephen, a man full of the Holy Ghost, was supervised by Paul, who was then Saul (Acts 7:55-59). This was indeed an unfortunate aspect of his past. After his amazing encounter with the Lord Jesus, Paul knew the value of the trials, reproaches and distressing situations in this life. He could see through and beyond them. He knew that there was a great blessing hidden in the very things that people despised him for.

And He has said to me, “My grace is sufficient for you, for power is perfected in weakness.” Most gladly, therefore, I will rather boast about my weaknesses, that the power of Christ may dwell in me.” Therefore I am well content with weaknesses, with insults, with distresses, with persecutions, with difficulties, for Christ's sake; for when I am weak, then I am strong.

Moses knew the value of the reproach that he experienced when he held himself out as a Jew. He knew that it would work out in him a greater blessing than all the riches of Egypt. Think about this; Moses had been brought up as a prince of Egypt. He had grown up in the court of Pharaoh as the son of Pharaoh's daughter. It was humbling for him to go back and claim his Jewish ancestry but he did not despise it!

By faith Moses, when he was come to years, refused to be called the son of Pharaoh's daughter; Choosing rather to suffer affliction with the people of God, than to enjoy the pleasures of sin for a season; ESTEEMING THE REPROACH OF CHRIST GREATER RICHES than the treasures in Egypt: for he had respect unto the recompence of the reward.

There is a verse that tells us that if a man has a humble piece of land right before him, and makes use of it, he will have more than enough food to eat. But if this man rather chases after what he imagines he can get from somewhere else, then he will be poor forever!

He who works his land will have abundant food, but the one who chases fantasies will have his fill of poverty.

Proverbs 28:19 (NIV)
For this man, the difference between abundance and poverty will be determined by whether he works on the piece of land he has, or whether he runs after fantasies and unreal goals. The piece of land here could be his humble profession, job, or property. He may own a shop or restaurant. He may be a teacher, doctor, or a photographer. Whatever the profession, he must make good use of it.

Instead of concentrating on going to school, some people rather chase after visas to travel to foreign lands. I once knew a brilliant young man whom I personally encouraged to go to school, and even offered to pay his fees. But instead of going to school, he insisted that he would travel to America and make a lot of money there. For many years he sat around waiting for a visa to go to America. Ten years later, this young man visa had graduated into an adult illiterate.

There are things that are right before our eyes, yet we don't want them. We prefer something else. When God blesses you with something, use it! I have loved my humble church in Ghana for many years. I believe this is what God has given to me. I am not going to go around chasing after fantasies. Develop the ground that lies before you and God will bless you through it. I intend to till the ground that is before me and I know I will be blessed through it. But if I leave what is in my hands and go chasing after the wind, trying to become famous, I will have poverty enough!