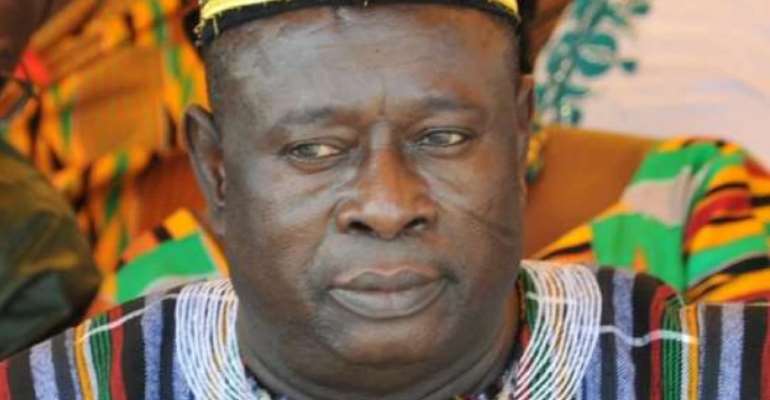 Forethought is the Lead that the leader has. Once he loses this lead and events start to force his hand, he is a leader in name only. He is not leading; he is reacting to immediate event and he probably will not long be a leader. Such loss of leadership stems from a failure to foresee what reasonably could have been foreseen and from failure to act on that knowledge while the leader has freedom to act. This wisdom about true leadership was coined by Robert K. Greenleaf in The Servant as Leader, an essay that he first published in 1970.

That is the scenario in the open now within the National Democratic Congress, NDC, of the Bawku West Constituency as the people of the constituency are anxiously awaiting, Hon Cletus Apul Avoka, to set loose, the destiny of the party in the area. Their cry is simple; that the former MP, who had occupied various ministerial positions in the country in his hay days, must stop his day-dreaming of making a comeback to contest the parliamentary primaries of the party in the constituency. Or simply put it, the people are saying enough is enough and that the parliamentary seat is not his throne that it’s only death that can do them apart. As an astute politician, he should know when to call it a day. Simple! Seen?

More than any other politician from the constituency, Hon Avoka has demonstrated higher capacity for political theatrics. I have always affectionately referred to him as the ‘god’ of the NDC in the constituency. He thinks without him, there is no NDC in the Bawku West and the people or followers of the party must therefore, always worship him. Yes! You may opened your mouth wide and wild in shock, upset and in your deepest surprise and loudly proclaim ‘You Again’! Yes, it’s me again. Few years back I was same the person who was almost murdered for stating my democratic mind about two of the most prominent personalities in that constituency.

As Edmund Burke, an English statesman rightly put it "The only thing necessary for the triumph of evil is for good men to do nothing”. So it is time to speak once more and I foresee same old empty, same old pathetic, ignoramus, nauseating and pitiful attacks that bombarded me the previous time to revisit. But hey! Don’t be afraid, for my life is not in their hands but that of the Infinite Intelligence (God). Just put on your thinking cap and sit back with a calabash of pito and let’s get down to real issues. The real reasons why Hon Avoka must be bold and call it a day or be pushed out of politics in a disgraceful manner.

Hon Avoka, has been the Member of Parliament since 1992, except from 2004-2008 when he loss to Hon John Akparibo Ndebugre of the People’s National Congress, PNC. He made a comeback in 2008 and won massively in the 2009 parliamentary elections and continued to manage a narrow win in the 2012 elections with a deceptive promise to the people of not contesting again as a Member of Parliament of the constituency.

In 2015, the former MP, threw his promise to the dogs, made mockery of his constituents and contested in the NDC primaries in preparations for the general elections. None of his contenders could uproot. They were simply too many and shared the votes and he managed to cling onto a shameful victory.

So Hon Avoka after imposing himself on the NDC family in 2016 kissed the dust after a fierce electoral battle with Hon Frank Fuseini Adongo of the NPP. His second time of kissing the dust. However, both the 2004 and 2016 elections, Hon Avoka losing those two epic battles will not be forgotten in a hurry by chroniclers and watchers of political events in the Bawku West constituency. Not many in the larger Ghanaian society, however, succinctly knew why the old politician fell flat but the fact is that his countless years in Parliament and becoming a ‘god’ of the party in the area provided enough banana peels for his fatal fall. There is no doubt that Hon Avoka has come a long way in the demonstration of political wizardry, given his antecedents of holding onto the seat since 1992, 1996, 2000, 2009 and 2012. Very few Ghanaian politicians, dead or living, ever recorded such feat.

It is improbable that those electoral victories of twenty (20) solid years in parliament are the factors that are misleading Hon Avokato be nursing the unthinkable ambition of making a return to once again lead the NDC into the 2020 parliamentary elections. Rumours have it that he stated in Zebilla recently, the capital of the constituency where he resides, that he is the only person in the NDC who has the magic wand of unseating Hon Adongo of the NPP. He implied that the bond between him and the people of the most deprived constituency could be likened to that between the Shakespearean Romeo and Juliet, such that if he presents himself one more time after 20-years as a parliamentary candidate of the NDC, he will win.

When asked by concerned party members to comment on the wide-spreading rumour that he was planning to yet impose himself on the NDC ahead of the 2020 elections, he only went romantic. He could neither deny nor confirm the rumour, insisting “he is the only politician in the NDC in the constituency capable of beating anybody the NPP will present”. Only the fool will be incapable of reading between the lines that, he is scheming another hijack of the NDC in the constituency. Hon Avoka is only trying to play God and must be stopped. He must be made to understand that no known empire, in history, has ever risen without falling.

Per political calculation, morally and commonsensically, it is nauseating for Hon Avoka to tinker with the idea of making a comeback in 2020 after 20-years of representing the constituency in parliament with nothing to show. There is no constituency in Ghana where such impunity is being contemplated by any political group or individual. He will definitely be stretching his luck too far by this growing rumour of planning a comeback. Haba! He has to bury this thought.

The people of Bawku West are for sure, lovers of the principles and ideologies of the opposition National Democratic Congress. They have eight great Traditional Areas starting from Tilli, Winaba, Zebilla, Teshie, Tamonde, Binaba, Kusanaba and right down to the Zongbeziri Traditional Area. Make no mistake. I’m not arranging them in terms of their supremacy but from the layman’s point of order. So spare me that archaic ways of thinking of this should come before that.

Thus, from the inception of democratic governance, the NDC has always find favours with the people in all these Traditional Areas and so with Hon. Cletus Avoka. Through such favours of the people, he has ascended and manned over so many substantive Ministerial positions in Ghana. His last stop was at the Interior Ministry under the late John Evans Atta-Mills’ administration.

As time determines the relevance of everything under the sun, so it is with politicians. As an MP, Regional Minister and substantive Minister in various sectors during the Rawlings’ era to Late President Mills’ days, time and chances have been making him look very irrelevant in every electioneering season.

Let me recall with high sense of nostalgia when the clamour for a good candidate for the Bawku West Constituency to fly the MPship flag of the constituency popped up in the 2012 general elections, it was tough and rough. Hon Avoka was then the Majority Leader in Parliament and had the least chance of returning to the August House. No! Not the least. The people of the land were honestly fed up with him and his leadership. They wanted a change. A change, that of course, was a desired necessity for the people. The anger of the people had overtaken their political lenses. Voting skirts and blouse was what they rooted for.

Political permutation at the time clearly indicated that Hon Frank Fuseini Adongo of the New Patriotic Party was tipped to be the winnable candidate though, the seat is traditionally for the then ruling NDC. It was going to be a disgrace of having a majority leader in parliament being beaten openly before his colleagues. He was panting all over, confused and was clearly out of ideas. Preventing a disgrace and humiliation of that scale, even the world greatest magician would have faced difficulties.

It took good Samaritans of the constituency from all walks of life with influence in their respective communities in the constituency to go down and campaigned for him. And that was how he was rescued from total humiliation by Hon Adongo.

He, however, for strange reasons, dusted his yesterday’s mind clean on the wishes and desires of the same people he saw in 2012. After rescuing him from drowning in such strong waved political waters, he coiled back into his political shell and took everybody for granted once more. This led to him kissing the dust when he threw good counsel to the dogs and made a weird return in the 2016 elections.

I am not good at tickling great intellectuals like Hon Avoka into the memory of yesterday but if I should do so, I would only whisper into his hardened ears that the people were and are fed up with him. That the red-eyed people wanted him out and that is still necessary. That the enough is enough syndromes that had overtaken their political affiliation in 2016 is still glaringly visible. And they will not hesitate to kick his butts one more time if he should dare make a comeback in 2020. A smart politician, as he claims to be, should know when to call it a day and retire with respect, integrity, love, honour and dignity.

I don’t know whether the likes of Hon Avoka are followers of the football industry. I doubt with much certainty because if they were with rectitude, a clue from the football Maestro, Abedi Ayew Pele, Ghana’s most respected footballer of all times, Zine Zidane, France greatest footballer of all times and that of Stephen Appiah could have saved him the pending embarrassment.

These footballers are still revered so much by lovers of football across the globe. They knew when to call it a day and honourably retired from the industry though, they were still needed the most by their countries and clubs. The veins that control my thinking skull tell me, this is called smart thinking.

Of course, to him, the people of Bawku West Constituency are always there to be deceived every election year. He comes in different forms and presents himself as interested in the common progress of the constituency but the people now know his fruits, and by such knowledge of his fruits, the people say he must stop playing God. Let the youth take over from where you have reached. The people are no illiterates and are better prepared now!

It will be the height of effrontery and brigandage for Hon Avoka to rub insult into the already wounded psyche of the usually easy-going people of Bawku West whose jugular has been under his suffocating grips in the past two decades. The NDC in the constituency surely needs a new breath and nothing less is expected.

The writer is a Senior Journalist, Managing Editor of The National Tribute newspaper and an activist of the National Democratic Congress, NDC. Email; [email protected] or 0249726262.

You Have A Dignified Running Mate – WR House Of Chiefs Presi...
34 minutes ago