Roads and drains in Ablekuma North to be rehabilitated 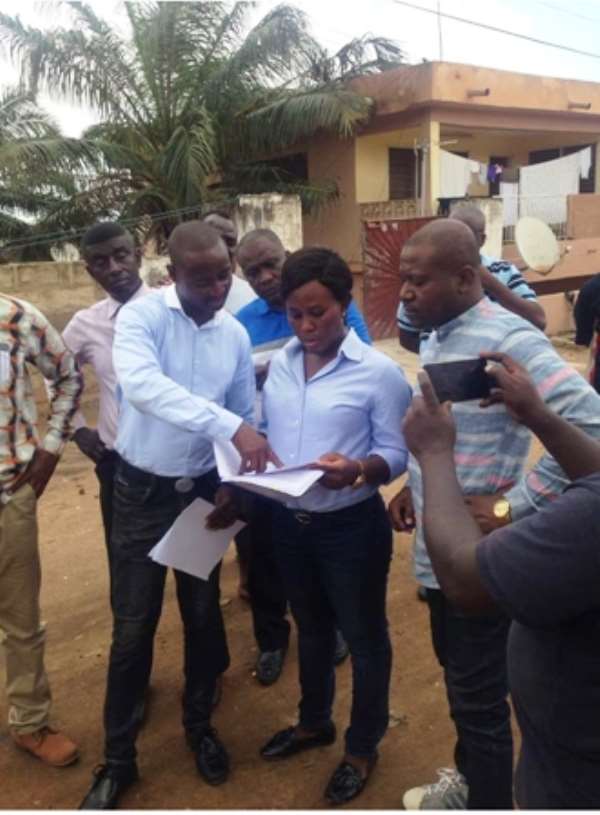 The Ministry of Roads and Highways has awarded a GH¢ 5,599,328.36-contract to Legcon Ltd, roads and civil works contractors for the rehabilitation of some roads and drains at the Ablekuma North Constituency.

Handing over the project to the contractors at Odorkor-Busia, the Greater Accra Regional Director of the Department of Urban Roads, Ms. Adwoa Duku urged Legcon Ltd to execute the project within the 12 months completion schedule.

Ms. Adwoa Duku said government expected value for money for all contracts awarded and the Department of Urban Roads was expecting the company to do a good job.

She advised the contractors to execute the job strictly according to specifications.

In his remarks on behalf of the Ablekuma North Municipal Chief Executive, Mr. Kofi Ofori, the immediate past Member of Parliament for Ablekuma North said even though Mr. Appiah started lobbying for the project about two years ago whilst he was the MP, he did not relent when he left office but pursued it till the project came into fruition.

He said it was the aim of the New Patriotic Party (NPP) government under President Nana Addo Dankwa Akufo-Addo, to ensure that all road networks in the city were improved to ensure the smooth movement of goods and services.

The Project Manager of Legcon Ltd, Mr. Martin Ofosu, who represented the Managing Director promised that, the company would try to do a good job and complete it ahead of schedule.