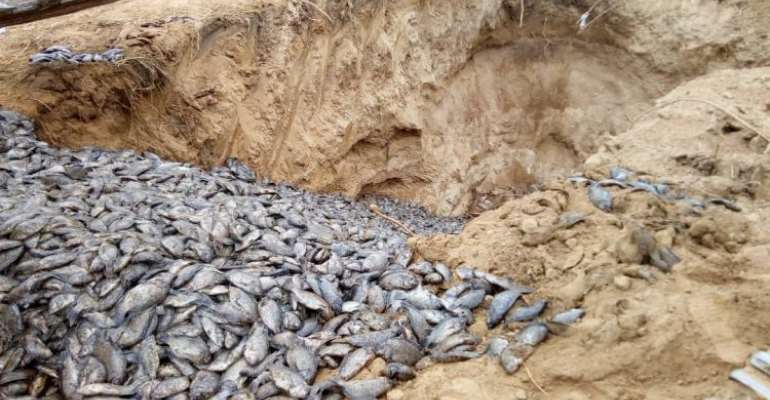 About eighteen (18) kilograms of unwholesome tilapia have been destroyed at Asutsuare in the Shai Osudoku District of the Greater Accra region by Officials of the National Disaster Management Organisation, and the National Security.

According to reports, the destroyed tilapia, which belongs to a Chinese-owned fish farming company – Fujian Farm – were allegedly brought into the country from China. 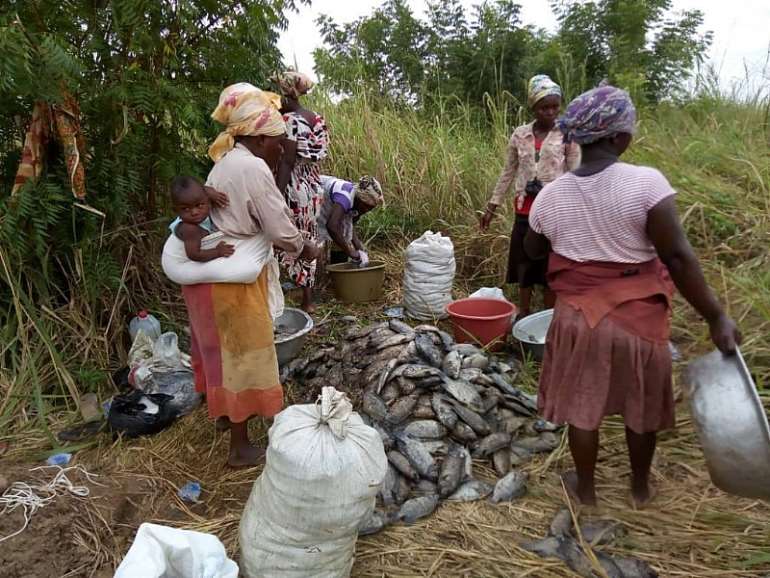 It is suspected that the Tilapia did not survive in the country because they were genetically modified.

This comes after the Food and Drugs Authority (FDA), in October 2017 destroyed 4,500 cartons of unwholesome canned fish that were said to be on transit to Togo, but were diverted onto the Ghanaian market.

The unregistered consignment labeled ‘Asahi’ was imported into the country by Dotsico Ventures.

The exercise was supervised by the police and officials of the FDA at the Achimota Mile Seven Police Station.