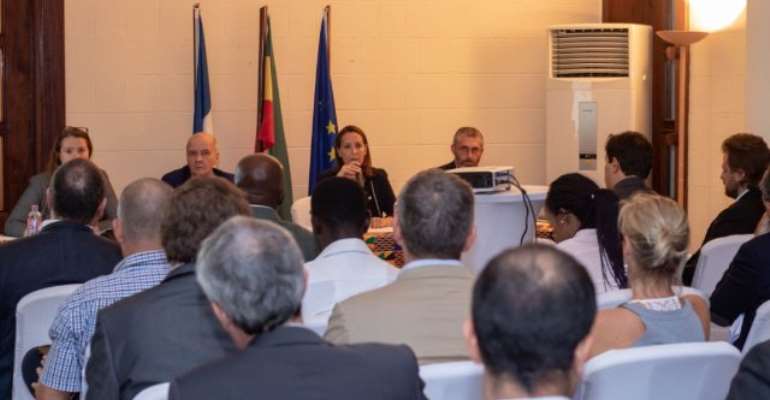 The Chamber of Commerce and Industry France in Ghana (CCIFG) has organised its 2018 Extra-Ordinary General Assembly (EGA) on hosted at the Residence of the French French Ambassador in Ghana.

The event also served as the occasion to have a farewell networking soiree for Mr Patrick Prado, the former Board Chairman of the CCIFG.

With over 70 people present, the member-only EGA began with an introduction where he mentioned the general growth of CCIFG which has led to it being recognised as one of the most active bilateral Chambers of commerce in Ghana and also in the CCI France International network.

The Managing Director also gave a report and update on the 2017 activities as well as presented the financial statements of that year. With our business activity and increase in business development services, CCIFG has become the most active Chamber and largest European bilateral chamber in Ghana.

Additionally, over 60 companies have been supported in their development in Ghana.

Following this informative session to the Board of Directors, the second part of the EGA kicked off. As a result of a number of Board members leaving their positions in Ghana, an Election for a New Board of Directors took place. 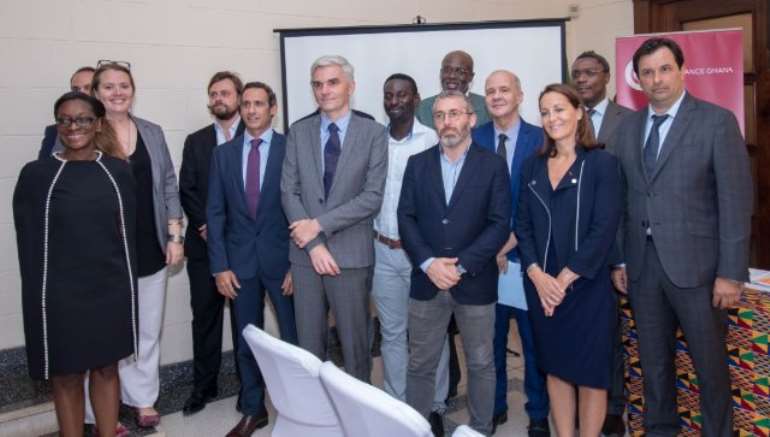 In accordance with the CCIFG constitution, and following the vote by participants present, below are the new Board members of The Chamber of Commerce and Industry France Ghana:

The Extra-Ordinary General Assembly was concluded by the Networking Farewell Soiree which had over 100 guests hosted at the French Ambassador’s residence.

A melancholic Patrick Prado after 8-years of committing a remarkable chunk of his life to the bilateral relations in Ghana was overwhelmed with joy as colleagues were present to support him.

In a rather heartfelt speech, he said “Saying farewell to you all today, is one of the most difficult tasks I have had to face throughout my 8-year experience in this beautiful country. I enjoyed my time in Ghana and I am going back home with a lot of memories.

“I have made friends who became family and life-long associates, and they all made the experience worth its while”.

Mr Prado is the founder of the CCI France Ghana, he was the Managing Director of Allianz Ghana, CEO of Allianz Life Insurance where he will be handing over to serve on the company’s Board of Directors in Ghana and other African countries.

Why was the nurse not wearing gloves? - Ama K. Abebrese quiz...
37 minutes ago