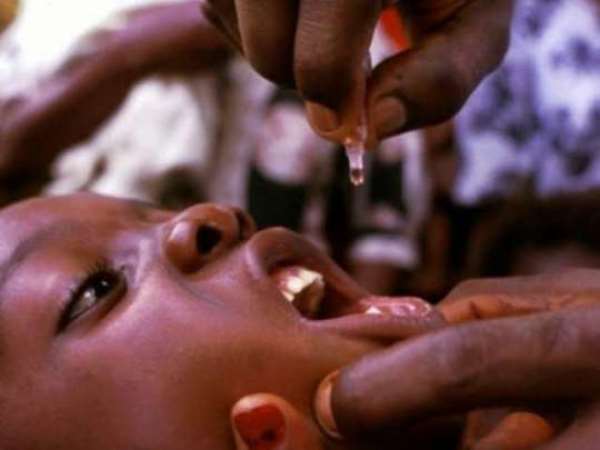 A total of 483,765 children in the Western Region are expected to be vaccinated against measles and Rubella from 17-22 October.

Dr Kofi Asemanyi-Mensah Deputy Director, Public Health, who announced this during a press briefing in Takoradi, said his outfit was prepared for the smooth take-off of the exercise which is to immunize children between nine and 59 months old.

He said 606 teams, 606, vaccinators, 1818 volunteers, 101 sub-district supervisors and 50 regional supervisors have been assigned for the exercise.

Dr Asemanyi-Mensah said the vaccination would come with a Vitamin A supplement for each child and that they would be static vaccination posts, mobile and campouts in all the districts in the region.

The Deputy Public Health Director said measles and rubella were dangerous infectious diseases which killed a lot of children under five in the 70s and 80s and urged parents to patronize the various vaccination posts to have their children vaccinated.

He said the measles and rubella vaccination would protect children under five from measles infection, whiles the Vitamin A protect and make them strong and healthy, adding that measles and rubella complications could result in brain damage, blindness, pneumonia, deafness, conjunctivitis and skin rashes.

Dr Asemanyi-Mensah said to eliminate measles and rubella like Guinea worm in the country, it was important for parents and caregivers to patronize the first and second doses of the immunization.

He said the despite the success story of no death from measles in the past 15 years it was still worrisome that as high as 100,000 children were not captured during such immunization exercise and called on parents to cooperate with the Ghana Health Services to ensure a successful exercise.

He commended the Bia East District and Tarkwa Nsueam Municipality for recording high immunization figures and commended the STMA for their efforts thus far.