Nigerian Fined For Assault On Teachers 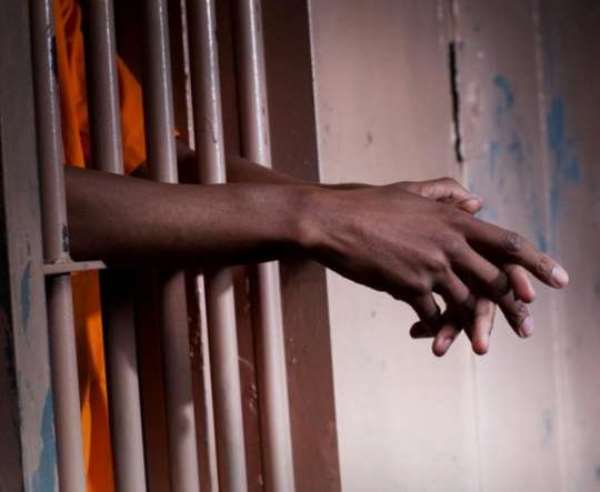 David Simon Chukwu, 45, a Nigerian based in Dzodze in the Volta Region has been sentenced to a fine of GH¢1, 800.00 by an Aflao Circuit Court for assaulting a teacher of the Roman Catholic Central Basic School at Dzodze, in the Ketu North Municipality.

He pleaded guilty to being on premises for unlawful purpose and assault of public officer and was fined GH¢600.00 and GH¢1, 200.00, or go to jail for three and six months respectively in default'.

Both sentences run consecutively.
Chukwu however pleaded not guilty to the third charge - also assault of public officer, and the Court, presided over by Mr. Ali Baba Abature, adjourned the case, remanding him in police custody till October 17, this year for the prosecution to prove his guilt on the third charge.

Mr. Michael Akemo, a Detective Police Inspector of Aflao told the court that the complainants, Ben Dzata and Godwin Dzelu, headmaster and Teacher respectively of the RC Central Basic School both resided at Dzodze, where the suspect, a trader also resided.

He said at about 1230 hours after the school's second break on Tuesday October 9, this year, a pupil reported to Mr Dzelu, the class six teacher that he was referred to as a bastard by another pupil-Felicia Chukwu, Chukwu's daughter.

Mr Akemo said Mr Dzelu sent for Felicia Chukwu, a class four pupil, but she refused to show up, prompting Mr Dzelu to follow up and met her at a portion of the compound where he whipped her for refusing to answer his call.

Felicia Chukwu sneaked home and called his father, who fuming with anger, stormed the class of the teacher who was then busily teaching and angrily demanded to know from him why he should whip his daughter.

The teacher approached Chukwu to explain the issues to him, but the suspect rather gave him a hefty slap on his left cheek in the full glare of his pupils, and when the teacher drew back, he (Chukwu) pursued him fuming.

The issue attracted other teachers and pupils of the school, resulting in total confusion, during which the headmaster, Mr. Dzata, drew closer to Chukwu, to appeal to him to stop the advance, but Chukwu held him by the hand and swung him off resulting in him (headmaster) crashing his forehead against one of the windows there.

Mr Akemo said the headmaster in the process sustained a swollen forehead while the class teacher had tenderness of the cheek and the police, who were quickly called in, rescued the teachers and apprehended the suspect.