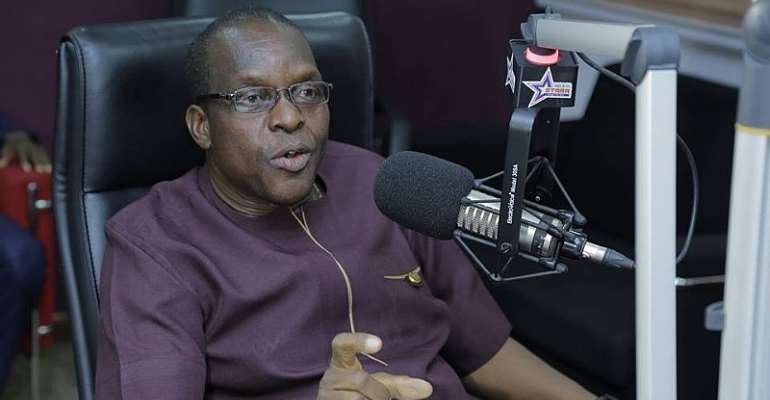 Folks, everyday that passes by gives us something ridiculous from the camps of the various aspirants seeking to lead the NDC to Election 2020 to unseat the NPP's non-performing Akufo-Addo.

And a lot issuing forth from them doesn't differ from the politically influenced tragi-comical "Concert Party" enactments that the Akufo-Addo-led team has performed thus far to make Ghanaians wonder whether what happened in the electioneering campaign period for Election 2016 was worth buying into.

Ghanaians have eaten the pudding served them by Team Akufo-Addo and should be the best to know where its sweetness lies. That is, if there is any sweetness at all therein. Only those who feel it will know it. That explains why all the political rhetoric going on is moot.

Let's narrow everything down to happenings in the NDC. Many have emerged to lead the party to Election 2020, touring the country, expending resources to be recognized for what they think they are.

No need to itemize them because their presence in governance is already in the public domain; but the need arises for us to place them where they belong so the NDC members and Ghanaians, generally, can pick and choose those who are equipped to fight the right cause (And politics involves "causes"). After all, the search for problem solvers is unlimited, regardless of partisan political affiliations. Those who make it, stick!!

These aspirants in the NDC camp are already known to Ghanaians for who and what they are as far as their political leanings and performances in public office are concerned. (Interestingly, most of them were appointed by Mahama but are now forcing the river to flow upstream by biting the very finger that has fed them politically to come into their own, whatever it means for themselves and the NDC cause). Who and what would they have been if not favoured to be appointed into public office by John Dramani Mahama?).

The broad screen showcases it all: John Dramani Mahama is seeking support to lead the NDC to Election 2020, having defeated Akufo-Addo at Election 2012 only to lose him in circumstances that some are still not persuaded by because of the massive influence of technology (Do you recall the role of the NPP robot at the ITC sector of the United States' NASA Project?).

Let's not revisit those sad moments. Ghanaians have felt the pinch of Akufo-Addo and Bawumiah's political rhetoric and can make their thumbs decide who stays or goes.

In this context, the NDC needs to know how to play its cards. It can't succeed with characters of Bagbin's type because of the heavy baggage of discredit that tags them. No more. In any case, I haven't ever considered Bagbin as the "face of the NDC" and will never do so, regardless of how much internal political mobilization he doers to sustain his ambition.

Verdict? The very moment the NDC goes for characters of Bagbin's type, it should consider itself as dead. So is it for the other contestants who couldn't stand anywhere to do politics without first being projected by Mahama in our time.

The NDC has a lot more to contend with in terms of credibility, which should remove this aspect of pettiness to help settle on a formidable.

Those projected earlier on by Rawlings in their "bright days" have vanished without giving the NDC the image that it needs to outdo the Danquah-Busia political trash. (Shouldn't one be interested in knowing why Rawlings is aggrieved at JoyFm's documentary ion the murder of the judges, decades after the event? And why couldn't any of the governments do all it could to get Sgt. Amedeka identified, exposed, arrested, and tried/convicted for that crime? Why focus on Rawlings and Captain Kojo Tsikata, contrary to the evidence that seemed to have given Ghanaians a closure on this sordid blot?).

Painfully, the truth stings. Now that the Danquah-Busia political trash is in charge and manipulating everything to advantage, the NDC should know that its days are numbered unless it springs back to power. How it does so is the challenge. After all, the Rawlings who brought the NDC about are in bed with the NPP camp to the NDC's fatal end. But there is a way out. What next, folks? Thanks for your co-operation.