The Essence Of Creative Arts Have Been Underestimated 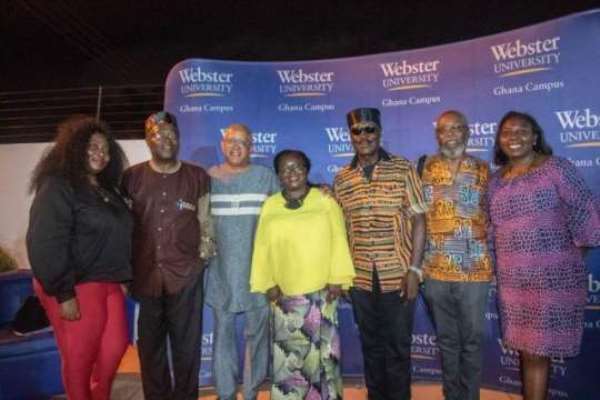 Accra, Oct. 13, GNA - Panelists at a public lecture in Accra, have said, Ghana has over the years underestimated the essential role of Creative Arts to its development.

The lecture, organised on by Webster University, Ghana, under the theme; 'The role of Creative Arts in Africa's Development: The Case of music, film and photography'.

Mr David Dontoh, a veteran actor and television personality, who was among the speakers, noted that there was a lot that Ghana could achieve using the Creative Arts industry, but due to the negligence on the part of governments, the country was not raising adequate revenue.

He said governments had failed over the period to provide the needed infrastructure and support to artistes in the industry, which he added has denied the citizens of their 'cultural rights.'

'It is our right as citizens to be treated to our music, our dance and our folklore.

'Everything about ourselves must be first before anything else, he added.

He said many countries have controlled the world by selling their ideas and culture through films, which we could also have done.

'There are so many countries around the world that are taking closer look and have used the creative arts economically, politically and socially,' Mr Dontoh said.

According to Mr. Dontoh, 'other countries are using films to sell their ideologies and to control the world in what they call soft diplomacy today. They make a film and the film goes round the world and by that they sent have a message to the world telling the world what they can do or what they have.

'We normally take the industry for granted but it goes a very long way to really use the arts to not only promote or market ourselves but to tell the world who we are and what we are. Your identity is what you sell in your film, if you don't do that others would sell their identities to you and they are very powerful,' he added.

Mr Gyedu-Blay Ambolley, veteran highlife and afro-jazz musician on his part, said music was the best form of entertainment for the local society and has been part of the people for a long time.

He said music has been an important part of 'our cultural setting and we cannot do without music.'

Mr. Ambolley said music served as a life lesson by telling people the dos and don'ts of the society.

He said it was unfortunate government's lack of interest in providing guidance to the music industry to promote the Ghanaian culture.

'We are losing our cultural aspect in our music and the government is not looking at that side and it is affecting the younger ones who are coming up,' he said.

Mr Ambolley noted that the country has failed to take advantage of the business aspect of Creative Arts especially in the music industry, adding that it is having a negative impact on the industry.

Dr Reginald Jackson, an educator and a visual artist said one culture could impact another depending on how the culture is depicted or exposed.

He noted that there were so many benefits Ghana could derive from holding onto its identity and making it strong in the outside world through Creative Arts.

Mrs Martha Amankwah, Director of Enrollment Management at Webster University, Ghana said the lecture was organised as part of the school's contribution to the development of the society.

She said more of such lectures would be organised to illicit views from experts in various sectors on how to tackle certain social issues affecting the country.

Webster University Ghana Campus, was established in 2013 and have received accreditation from both the National Accreditation Board and the Higher Learning Commission of the US.

The Ghana Campus is also the first in sub-Saharan Africa in Webster's 102-year history.

Webster University, is an American University based in St. Louis, Missouri, and has a network of American-style residential international campuses in nine countries spanning over four continents.