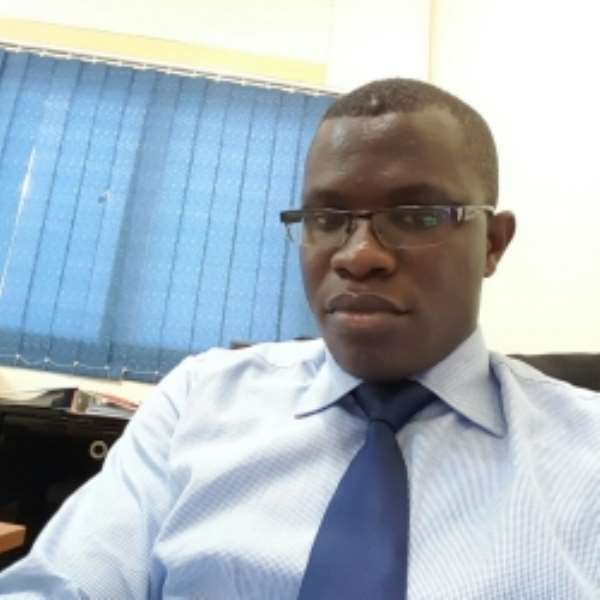 Mr. Benedict Doh, Finance Manager of Ghana Integrity Initiative (GII) has called for the engagement of the youth in Anti-Corruption governance to enable them cultivate the principles of transparency and accountability.

He said, all hopes are pinned on the younger generation and by so doing will help them to take decisions that will ensure a corruption free environment.

He stated that as a country, 'we owe the youth of today and the coming generation the responsibility of care, protection and good moral up-bring', adding that, unassumingly, the older generation have almost accepted defeat in the war waged against corruption per the manifestations of the day.

Mr. Doh made the call when he addressed the Youth Unite against Corruption Forum organised by GII in collaboration with the National Commission for Civic Education (NCCE) and the University of Education Winneba (UEW) Civic Club.

The forum was under theme: 'Building Integrity and Promoting Ani-Corruption Behaviour among the Youth' and was attended by UEW and Junior High School students as well as some youth groups in Winneba.

Mr. Doh expressed his gratitude to the leadership of NCC for their willingness to partner GII to engage the youth on issues of anti-corruption governance through their well-established Civic Clubs on the campuses of the various tertiary Institutions across the country.

This initiative formed part of activities under GII's Integrity, mobilization, participation, accountability, anti-corruption and transparency (IMPACT) project, which is a 4-year large-scale multi-country and multi-annual programme being coordinated in twelve countries by Transparency International.

Sponsored by Global Affaire Canada, it is aimed at contributing to the fight against corruption by increasing the integrity, transparency and accountability of public institutions and business; while empowering civil society to advocate for change in policy and practice; including better enforcement of anticorruption legislations, policies and practices.

He said, GII will continue to promote awareness on the negative effects of corruption as well as advocate for behavioural change and corruption reporting, among the citizens, and added that, in its efforts, it recognized that the involvement of the youth in the fight against corruption could significantly contribute towards building integrity and promoting the need for accountability.

'This conviction stems from a growing understanding that involving, information and educating the younger generation about the benefits of integrity, transparency and good governance will inculcate in them such good moral ethics, which can make a significant difference in helping kick out the canker, while ensuring transparency and accountability in the society'.

Mr. Doh said Ghana has indeed made great strides in tackling corruption, relevant policies and strategies, ratification of various regional and international conventions, however, perceptions and acts of corruption in progressively increasing and becoming rampant in the society.

The youth are the future leaders of our dear nation and it is unacceptable to allow them to continue to reinforce the status quo while they prepared themselves for leaders at the various stages in the near future and the fact that it had become necessary to instil in them integrity and good practices, which will remain a part and parcel of them so that when they grow they shall not depart from them, he added.