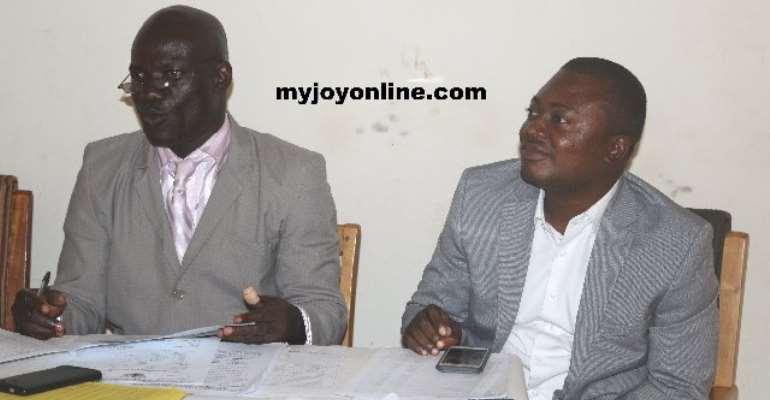 The Asante Akim North Assembly has suspended its Finance and Administration Convener, for unilaterally abrogating and re-awarding contract without due process

An investigative committee cited Derrick Amoah for breach of procedure in the award of contract for construction of a CHIPS Compound, to the tune of GHÈ¼45,000.

The assembly says his conduct has the potential to cause financial loss to the Assembly.

Amoah who is also the Assemblyman for Paataban will lose chairmanship the committee and also be barred from attending two general sittings of the assembly.

He used his membership of the assembly's tender committee to alleged connive with health officials to abrogate the contract without recourse to law.

"The conduct of Hon Derrick Amoah may be harbinger for future financial loss to the assembly by virtue of his role as Finance and Administration (F&A Sub-Committee Convenor."

Though the committee did not cite Amoah as a beneficiary of the money, it says his conduct is unacceptable.

Assistant Engineer, Isaac Hayford is also on a one-week suspension for unprofessional conduct.

Internal Auditor, Anyars Mahmud and an accountant at the District Health Directorate, Listowell Justice Bonya, are also cited together with a health official, Agyei Barimah, for various roles in the scandal.

The officers are said to have collaborated with one Agyei Barimah to illegally withdraw and pocket part of an amount of GHÈ¼45,000 meant for Wioso CHPS Compound.

"Auditor refusal to pre-audit the voucher insisting that the contract Kabrima [contractor] had with the assembly was still valid. Despite this, the accountant still went ahead to issue the cheque. The two officers later received GHÈ¼500 each from Kwame Danso for the various roles they played," the report said.

The committee's recommendations were upheld by 14 assembly members while 11 of the members voted against it in a meeting characterised by heated arguments.

Other beneficiaries of the money include former District Director of Health and the Assistant Engineer.

Presiding Member, Agyemang Prempeh and the District Chief Executive, Oti Boateng, asked journalists to leave the assembly hall when the issue came up for discussion at the 2nd General Assembly meeting.

Agyemang Prempeh, and the Chief Executive both denied discussing the issue and subsequent suspension of the assemblyman at the meeting.

Speaking to Joy News after the meeting, Mr. Prempeh asked that questions regarding the Wioso CHPS Compound be put on hold until he finally signs the report of the meeting.

"Let's wait after we finish the final report then we know what entails in the report."

Mr. Boateng denied ever sitting in the meeting that discussed the report insisting the report was never laid before the assembly.

"Because the report wasn't ready, we couldn't deliberate on it."

He described news of sanctions of the officials as rumours.

"These are all rumours. By December when we sit down the full report would be ready."

The Wioso project was started in 2014 by then Member of Parliament, Kwadwo Baah Agyemang.

With the project believed to be 85 per cent complete, the current MP, Andy Appiah-Kubi released GHÈ¼60,000 being his share of the National Health Insurance Fund, to complete it.

Meanwhile, the assembly has directed that beneficiaries refund all monies they wrongfully received.