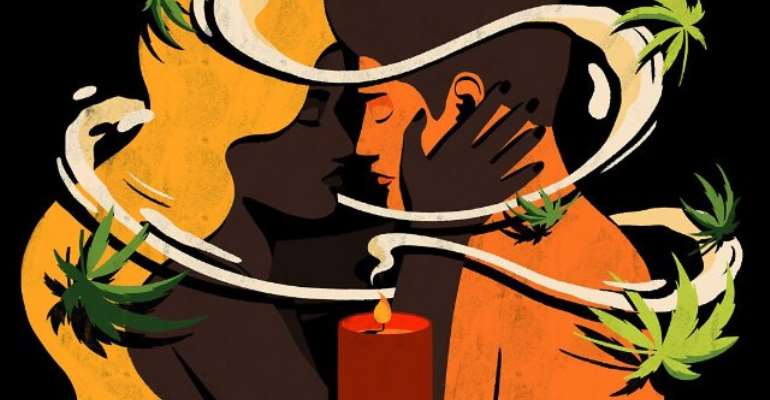 Many businesses are taking advantage of social media to reach out to prospective customers and similarly, some individuals who 'sell' sex are also making use of the new marketing tool.

To prevent authorities from tracing the exact location of such parties, organisers have devised a new method where the location is only communicated to patrons who make payments through mobile money.

One of such advertisements spotted by this reporter on a WhatsApp group charged GH100 for men and free for ladies.

It further stated that once payment was made through mobile money (number withheld for security reasons), the venue and time is communicated to the client.

Another which could only be accessed by members in a closed group asked interested participants to make a payment of Gfle50 so they were added to the group.

The posters spotted by this reporter were designed with pictures of nude women with some charging different rates for different sex positions.

One poster clearly stated that the monies paid were not refundable.

Law on sex for money
According to Section 279 of the Criminal Code (Act29), as amended by Act 554 (section 15), it is criminal for any person to offer his or her body commonly for acts of lewdness (sex).

Additionally, section 275 of the same Act also states that any person who in any public place persistently solicits or importunes to obtain clients for any prostitute or for any other immoral purpose shall be guilty of a misdemeanour.

Last year, the Ghana Tourism Authority, together with the officials of the Ghana Police Service, stormed the premises of the Potomac Hotel at Gbawe to stop an advertised sex party and arrest the organisers.

The authority warned that it would effectively collaborate with the country's security services to clamp down on organisers of such parties.

It said it would invoke the Tourism Act 2011, Act 817 to investigate and take measures to eliminate illegal, dishonourable, unsound and improper activities in relation to any activity regulated under the act.

Caution to public Reacting to such advertisements, the Director of the Cybercrime Unit of the Criminal Investigations Department of the Ghana Police Service, Dr Herbert Gustav Yankson, warned the general public against making payments to such people as they could be fraudsters who were using such means to collect monies from people.

He said some of the contact numbers used for such online adverts were not registered, making it difficult for them to be traced.

He further warned the general public to ignore such adverts and events as patrons of sex parties would be arrested together with the organisers in the event of a police swoop.