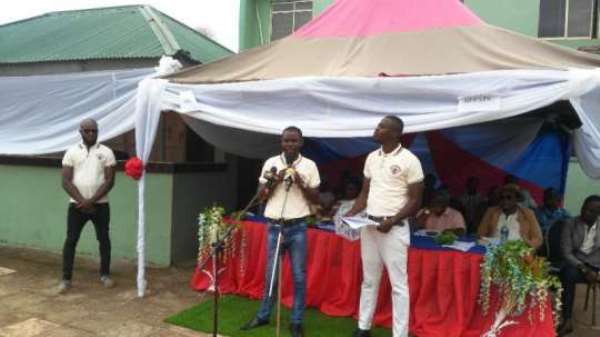 Assembly Members (AMs) in the Brong-Ahafo Region have advocated five percent share of the District Assembly Common Fund (DACF), to be set aside for all AMs in the country.

This, according to the AMs, would enable them to fund community initiated projects, support vulnerable groups and build their professional capacity to serve their constituents effectively, as required by the 1992 constitution.

Under the current 1992 constitutional arrangement, Article 242, the work of AMs - both elected and government appointees remain voluntary.

But, speaking at the launching of an advocacy campaign for 'five percent Common Fund for AMs', Mr Benard Oduro Takyi, the Presiding Member of the Sunyani West District Assembly, and lead advocate, said the constitutional provision placed on the AMs has lost its significance and required urgent amendment.

Mr Takyi said though it was the duty of the AMs to maintain close contact with the electoral areas, consult their people on projects, and meet the electorate before and after each assembly meeting, majority of them had failed to do so because of the cost involved.

He said AMs remain strong pillars in the country's decentralization and local government systems and communities relied and looked on them towards meeting their developmental needs, but regretted that majority of them were not serving the communities as expected because of lack of funds.

Mr Kwadwo Adjei-Darko, a former Minister of Local Government and Rural Development, said though the advocacy was in a right direction, lack of funding should not be an excuse for the AMs to fail to meet regularly with their constituents.

He said more was expected from the AMs, local councils and the unit committees, if the Assemblies could provide the immediate developmental needs of the local communities.

Mr Adjei-Darko, who is a former Member of Parliament for Sunyani West constituency, commended the AMs for their contributions towards enhancing the local government system, and advised the campaigners to engage all relevant institutions if they desire to make positive impact.

He reminded the AMs that the District Assembly concept frowned on partisan politics, and advised them to guard against the practice.

Mr Agyenim Boateng, a former Presiding Member of the Sunyani West District Assembly, expressed the hope that the campaign would make significant outcome, saying with funding for the AMs, they would be able to work effectively.