International Day Of The Girl Child: Let’s Give Attention To Forced Labour And Skills Training 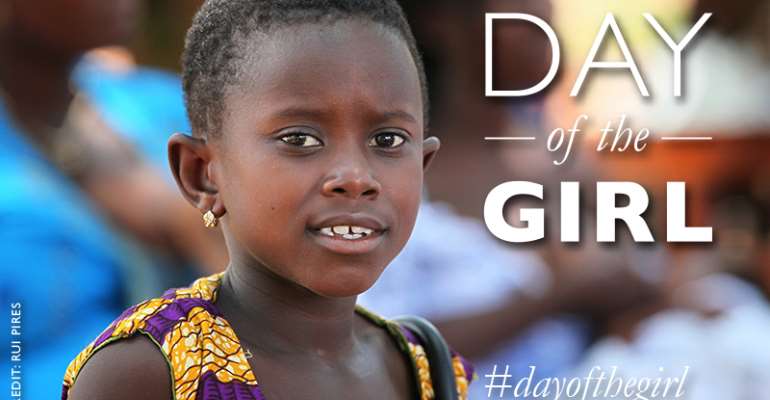 Today is international Day of the Girl Child. The idea is to focus global attention on the wellbeing of the girls of today and the women of the future so that we can secure better social and economic prospects for our world. The present situation is not good. In 2017 the International Labour Organisation (ILO) released a report on Modern Day Slavery (MDS) which showed that we have 40million modern slaves in our world today. Sixty per cent (60%) of these are in forced labour and 40% in forced marriages. This is not acceptable. but what is even worse is that women and girls are in the majority of persons under forced labour. 99% of victims in commercial sex industry are women and 58% of the victims in other sectors are also women and girls. What are we doing to our future? We are marring our daughters, sisters, mothers and work place colleagues. Out of the 25million people in forced labour, 16million are exploited in the private sector; in domestic work, construction or agriculture. So when we say the private sector is the engine of growth for our economies what do we really mean?

Forced labour refers to situations in which persons are coerced to work through the use of violence or intimidation, or by more subtle means such as accumulated debt, retention of identity papers or threats of denunciation to immigration authorities. Forced labour, contemporary forms of slavery, debt bondage and human trafficking are closely related terms though not identical in a legal sense. Most situations of slavery or human trafficking are however covered by ILO's definition of forced labour.

Here in Ghana, as we mark the International Day of the Girl Child, there is need to strengthen the legal and policy regimes on forced labour. Noting that the private sector can by a den for the perpetuation of forced labour, it is important to review our legal framework on recruitment processes by private firms. We need to ensure that private employers adhere to the fundamental principles and rights at work. These include the right to freedom of association and collective bargaining, abolishing of forced labour and child labour an non-discrimination. Due to the difficulty is finding jobs, many people accept sub-standard jobs because of the need to survive, even when their earnings a very low. This is especially the case of women who have to provide for their children and other relations.

Many girls are trapped in child labour. In the urban areas, including cities like Accra, Kumasi and Takoradi, girls are locked behind high walls of rich homes, working as domestic servants. Many of these are in servitude; denied of their right to education, good health, play, dignity and freedom. They work from dusk to dawn and earn nothing. They are fed to work; housed to work; and abused to work. Is this how we want to treat our girls?

To stop forced labour, we need to effectively address child labour in all sectors. This is why the implementation of the National Action Plan on Child Labour needs to be properly resourced. In the mining sector for example, we have to mobilise enough resources to prevent girls and women from engaging in unacceptable labour. On the other hand we must reinforce measures to provide decent work for women in mining. They too deserve to have concessions, hire workers, purchase machinery and employ people to work in an industry that can be as lucrative for women as it is for men. Our girls should be provided with satisfactory and sustainable alternatives to forced labour. We should fashion out efficient skills and vocational training systems fit for vulnerable girls, especially in the poor regions of the country, including the three northern regions. Girls from these areas make up a chunk of the kayayo labour practice in Accra and elsewhere. We need to be focused, diligent and consistent with our policies and the manner in which they are implemented until we get the desired results.

Elimination of Modern Day Slavery (MDS), including forced labour is part of the United Nation’s global transformation Agenda, the SDGs. In April last year (2017) the President of Ghana was announced as a co-chair of the UN Secretary General’s Advocates on the Sustainable Development Goals (SDGs), a similar position held by the previous president. We must take this opportunities and show to the world how much we really can do for our women and girls. It will be a true way to mark International Day of the Girl Child in sincerity.