‘Free Together’ Initiative To Fight Radicalization Of Youth 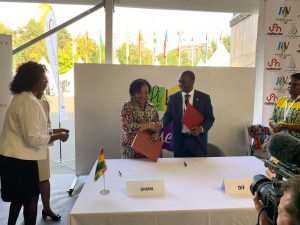 Ghana has signed on to the “Free-Together” (Libres Ensemble) framework agreements of Organization Internationale de La Francophonie (OIF), re-affirming the country's interest in the initiative aimed at sensitizing the youth on violent radicalization and the proliferation of terrorist acts across the globe.

The agreement was signed with the OIF by the Minister for Foreign Affairs and Regional Integration, Shirley Ayorkor Botchwey.

The government of Ghana is expected to include the protocols in the framework of the country's national actions and policies in favour of its youth.

The historic agreement was reached on Tuesday, October 9, 2018, at the Francophonie Village, Opera Pavillion in the Armenian capital Yerevan.

The “Free Together” framework was launched in March 2016 for young Francophones and calls for the promotion of dialogue between cultures on living together, taking concrete actions of peace and the promotion of freedom, to prevent the risk of political, ideological, social and religious radicalization leading to violence. 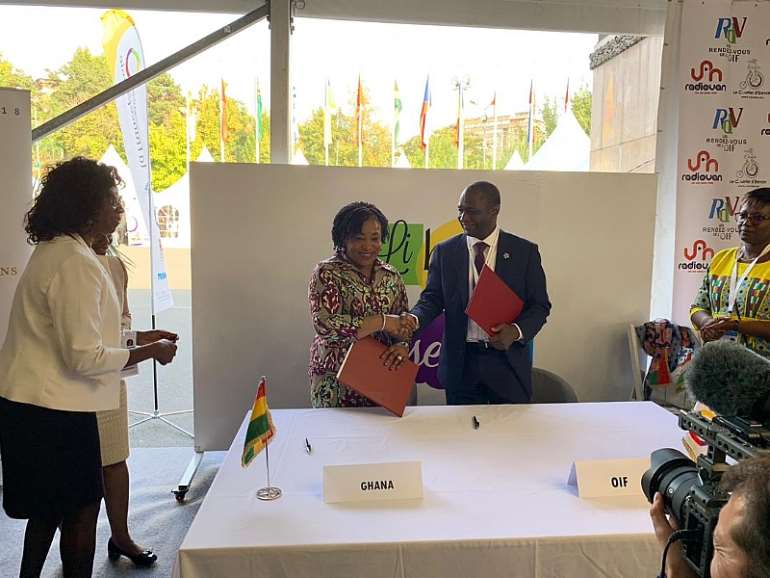 The framework also commits to the promotion of free expression, free initiative and the participation of civil society, particularly the young people and women in the management of public affairs.

The Hon. Minister indicated Ghana is committed to ensuring that good practices and information on the implementation processes are shared within the Francophone network for the prevention of violent radicalization (FRANCOPREV). 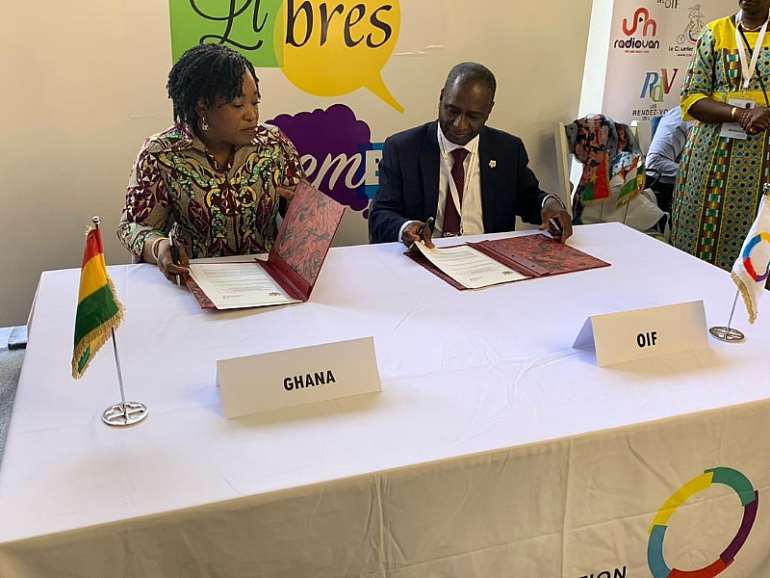 It is expected that the OIF will expand throughout the Francophonie.

The move brings to 5 the number of African states which have committed themselves to the service of the emergence of a free generation together”.

Benin had signed a similar agreement in December 2017.