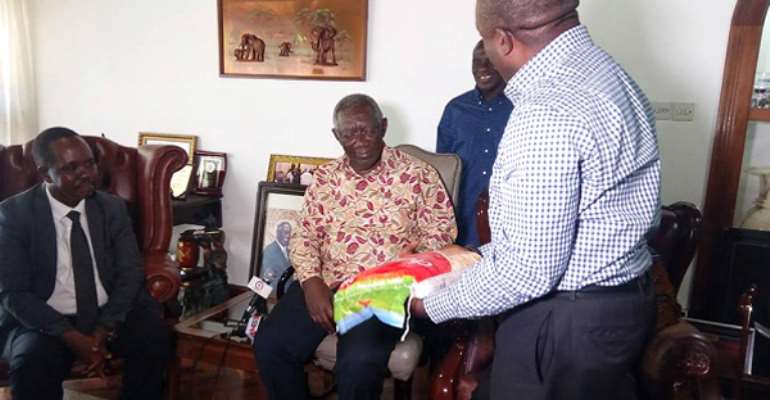 Ex-President John Agyekum Kufuor has called on Ghana and other African nations to bring an end to rice importation.

He made the call yesterday in Accra when members of the African Rice Advocacy Platform (ARAP) paid a courtesy call on him at his residence at the Airport Residential area in Accra.

Mr. Kufuor said that annually, countries in Africa spend billions of dollars to import rice, adding that “the sad thing is that the continent has all it takes to produce rice.”

The former president said it was unacceptable for African countries with very fertile land to import rice on a large scale.

He could not fathom why a country like Liberia with very fertile land for rice production could import rice when its people could actually produce rice in commercial quantities.

“The sad thing is that most of the rice we import are substandard, we should use our crop research institutes to get the best rice for our people,” according to the former president Kufuor.

He urged African countries to harness their resources to modernize agriculture to produce rice to adequately feed the people of the continent and export the rest to other parts of the world.

Members of ARAP are from countries like Tanzania, Cote d' Ivoire, Nigeria, Burkina Faso, Benin, Uganda, among others.

They held a two-day meeting in Accra from 9-10 October to discuss issues related to rice production on the continent as well as standardization and recruitment of new members.

At the said meeting, new executives, including President Wambura, were elected to steer the affairs of ARAP.