Defecation On Beaches Is Disgracing Ghana 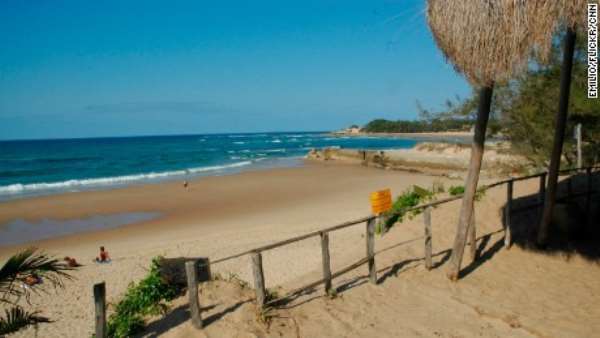 In Brazil and the Caribbean countries, the beach fronts always attract tourists because of the way they have been maintained. In these countries, tourists are often seen at the beaches, either enjoying the sea breeze or swimming. It is, in fact, raking in millions of dollars in terms of revenue to them. Unfortunately, here in Ghana, the beach fronts, which we could have used to also attract tourists and subsequently rake in revenue, have been turned into defecation sites.

Despite several warnings, some unscrupulous people are still defecating on the beaches to the discomfort of the majority of Ghanaians. Quite recently, it was reported that the back of the Cape Coast Castle, of all places, has been turned into places of convenience by some of the nearby residents.

The Cape Coast Metropolitan Assembly, according to media reports, claimed to have done everything possible to dissuade the people from using the back of the historic monument as places of convenience, but to no avail.

Just last week, there were again media reports that a taskforce set up by the Krowor Municipal Assembly had arrested a number of people defecating along the beaches of Nungua, a suburb of Accra. This assembly, according to reports, also claims to have issued several warnings to the residents of Nungua to stop defecting on the beaches, but the warnings were ignored, hence the decision to arrest them for prosecution.

Apart from these two places we have mentioned, several other beaches in the country have also been turned into places of convenience. What is disheartening is the fact that some of these communities have public toilet facilities, but because they do not want to pay, they resort to easing themselves on the beach.

It is based on all these developments that The Chronicle fully supports the pronouncement by the Minister for Sanitation and Water Resources, Cecilia Dapaah, that her outfit would declare war on open defecation. The Ghanaian Times quoted her as saying yesterday that “it is our vision to end open defecation in the shortest possible time.”

It is the hope of The Chronicle that what the Minister is quoted as saying would be carried through, and that stringent measures would be put in place to end open defecation. Whilst pursuing the goal of getting toilet facilities in each household, The Chronicle also suggests to the Minister to use part of her budget allocation to educate the public on the effects of open defecation.

If the people are well educated to understand that open defecation, especially at the beach fronts, drives away tourists, with the subsequent loss of revenue to the state apart from health implications, they would stop the unhealthy practice. Our suggestion is based on news reports that even in communities where toilet facilities have been provided the residents still resort to open defecation. This means the issue has to do with attitudinal change and not the provision of toilet facilities at the various households per se.

The ministry should also not forget about the fact that the pursuit of the attitudinal change will become a mirage if the goal is not backed by the strict application of the law. In this case, anyone caught defecating in an open place should be arrested and prosecuted, and, where possible, be paraded through our television screens to serve as a deterrent to others. We, therefore, fully support the action taken by the Krowor Municipal Assembly to arrest those defecating on the beaches.

Despite the alleged interference by the Member of Parliament (MP) for the area to have the suspects released by the police, The Chronicle is urging the assembly to prosecute the offenders to ensure proper sanitation at our beaches. If we all agree that open defecation at our beaches is a disgrace to the entire nation, then something drastic must be done to ensure that sanity prevails.