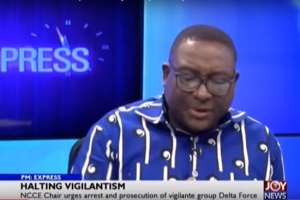 The governing New Patriotic Party has said increasing calls for violent pro-party groups to be disbanded are misplaced.

According to the party’s Communications Director, Yaw Buabeng Asamoah, the party did not form groups like Delta Force and therefore cannot disband them.

“When the party puts something together, the party can disband”, he contributed to Joy News’ late evening news analysis show PM Express Wednesday.

The Akufo-Addo government is under renewed pressure to root out groups like Delta Force, Invisible Force, Kandahar Boy.

No one has been jailed although a court fined 13 Delta Force members ¢1800 each for rioting in March 2018besieged the office of the Ashanti Regional Coordinating Council and physically assaulted the security capo, George Agyei. 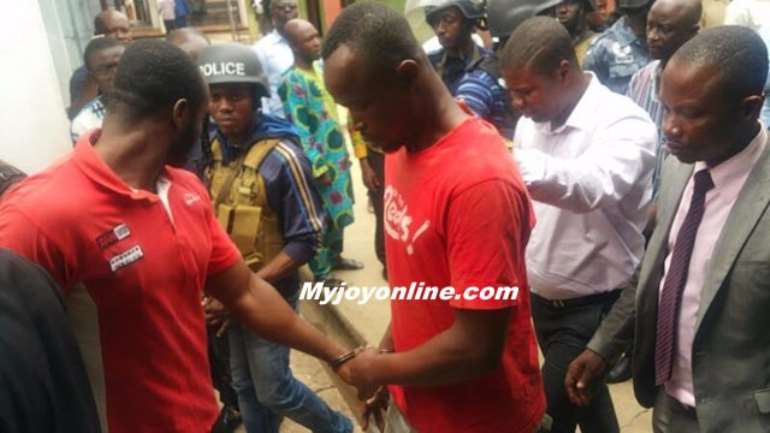 Photo: Members of Delta Force leaving the court after a hearing

There was public disappointment with the judgment which was deemed not deterrent enough. But the NPP said the judgment was evidence of the government's commitment to punishing crimes irrespective of party affiliation.

Six members of Kandahar Boys based in Tamale in the Northern region were arrested after dragging out, David Zaawumya Akolbila, the CEO of the biggest government hospital in the region in August 2018.

The group later apologised for their actions.
In the latest incident, Delta Force disrupted a party meeting in Old Tafo in the party’s stronghold the Ashanti region. The MP for Old Tafo, Dr. Osei Akoto, who attended the meeting was whisked away to safety.

Two suspects have been arrested by the police which is carrying out investigations.

Defending the groups’ freedom of association, the NPP politician said Delta Force is an association just like the Association of Freight Forwarders.

“Tomorrow if you say, I have disbanded Delta Force and they come and say they are called Volta Force…do you then chase them is banding them as they change groups or what?”, the NPP Communications Director said.

He explained that the groups came about to help with crowd control whenever the party was out there doing rallies and holding a congress.

Despite calls by civil society and religious groups to have the groups disbanded, co-panelist on the show and NPP Communications Director Yaw Buabeng Asamoah said this demand cannot be implemented.

Despite the increasing show of violence by these groups, the legal practitioner stressed focus must not be to criminalize the group but criminalizes members within the group found to have broken the law.

Yaw Buabeng Asamoah who is also NPP MP for Adentan said while the demands and needs which these groups look to government to fulfill may be legitimate, their methods are criminal.

The legal practitioner explained the vigilante groups resort to a show of force because they do not have the “pen power” like other pro-NPP groups whose approach to government is more intellectual.

But using violence leads to blackmailing the government, he noted and advised the groups to “clean up” their actions and adopt the proper way to have their needs addressed. 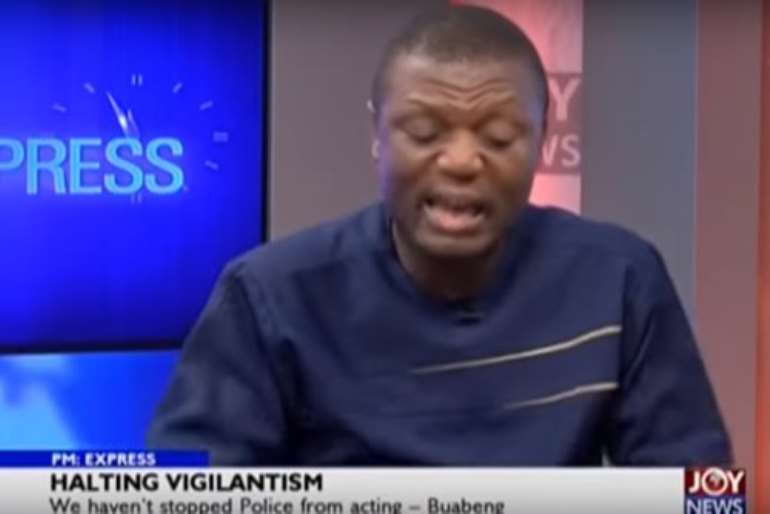 Ghanaians have been asked not to take seriously, the Akufo-Addo government’s promise to stamp out thuggery displayed by pro-government groups.

NDC National Organiser Kofi Adams observed the violent met out by these groups particularly escalates whenever the president Nana Akufo-Addo vows to deal with the menace.

He said Delta Force was on the attack on a Kumasi Circuit court on April 5 after the President had met revered traditional leader, the Asantehene, assuring him, his government would deal with vigilantism.

That meeting on April 1, proves that the President was only giving April Fool assurances, the politician jabbed.

Postpone 2020 Elections To Next Year – Methodist Minister
54 minutes ago