Ashaiman Gets Another Polyclinic 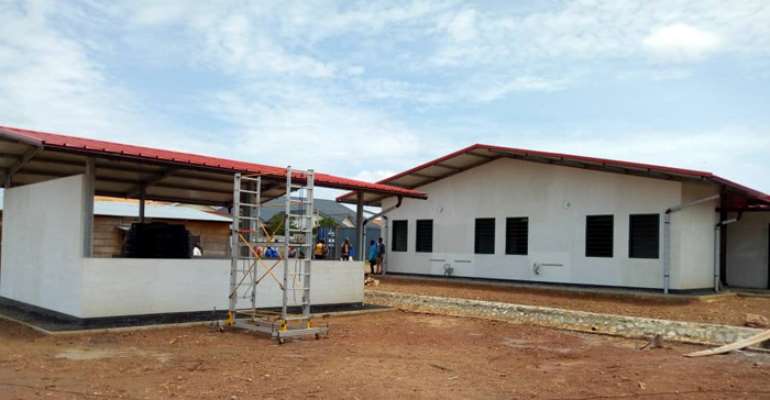 The Turkish government has funded the construction of a new polyclinic for residents living in Ashaiman and its surrounding communities.

The 32-bed capacity health facility comprises separate wards for both male and female, a theatre, a bungalow for staff of the polyclinic, laundry facility, offices, kitchen and other auxiliary facilities.

The Municipal Engineer for Ashaiman Municipal Assembly (ASHMA), Daniel Kojo Afrifa, disclosed that the construction of the project “is a form of grant from the Turkish government to the municipality.”

According to him, it would reduce and further ease the burden on the Tema General Hospital in the quest to attend to sick patients.

Mr. Afrifa, however, indicated that with the increase in population in the municipality, the facility would go a long way to reduce service demands of the Tema General Hospital.

The team, including the Member of Parliament (MP) for the Ashaiman Constituency, Mr. Ernest Norgbey, subsequently visited the construction of a five-bedroom two-storey residential building, constructed to house MCEs in the municipality.

The residential edifice, which has boys' quarters attached to it to accommodate visitors, also has a spacious ground to host municipal activities as well.

According to Mr. Afrifa, the project which commenced in 2011, is expected to be completed December this year, with funding from the District Assembly Common Fund (DACF).