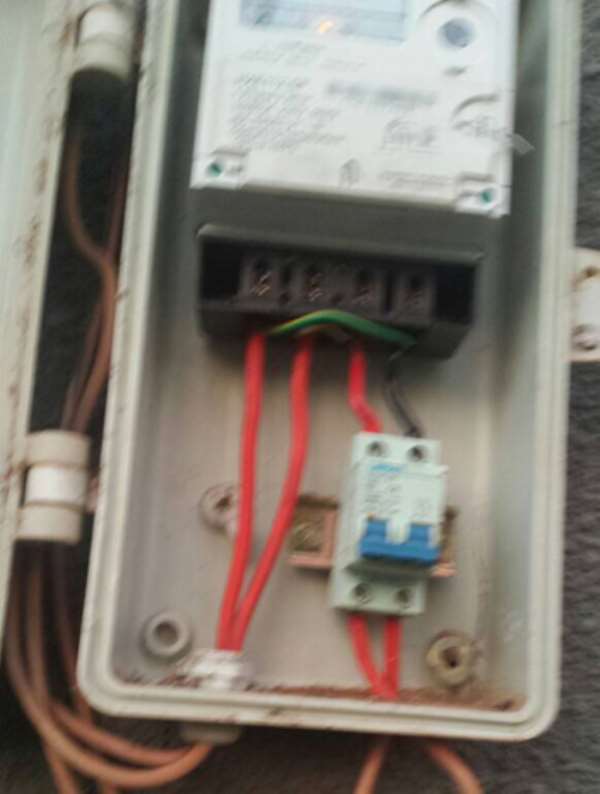 Christopher Gabrah has been remanded in police custody by the Tamale District Court for stealing power to the tune of GH¢18,199.52.

The suspect, together with 11 others, failed to appear before Justice Anthony Asaah of the Tamale District Court on September 24, 2018, for which reason a bench warrant was issued for their arrest.

However, Christopher was arrested and sent to court on Monday, October 1, 2018, and was remanded for one week to appear before the court thereafter.

It would be recalled that the Northern Electricity Distribution Company (NEDCo) intensified its fight against illegal power connection in the Northern Region.

The fight has led to the issuance of a bench warrant for some 11 suspected persons engaged in the act by the Tamale District Court.

The practice of power theft has been on the ascendancy in the Northern Region, crippling the operations of the power distribution company – NEDCo.

According to the Public Relations Officer of NEDCo, Alhassan Abaaba, the company has incurred losses worth GH¢ 50,000 resulting from illegal connection by the 11 individuals.

He indicated that the continuous illegal connection is fast crippling the operations of the company and if the practice is not stopped it might lead to the collapse of NEDCo.

According to him, to fight the crime of illegal power connection, the company has established a monitoring and evaluation team who, as it were, monitors and evaluates meters given by the company to trace illegal connection within the Northern Region and other regions where the company's operations extend to.

Mr. Alhassan Abaaba further revealed that the 11 persons to whom the bench warrant has been issued are mainly residents of Kukuo and Russian bungalows in the Northern regional capital, Tamale.

He hinted that NEDCo would team up with the court and other security agencies to hunt for the 11 individuals who have refused to respect the court by failing to come to court when they were issued letters.

Alhassan Abaaba therefore called on the general public to inform the company about illegal power connection in their locality and residence.