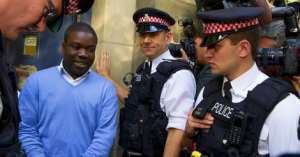 Kweku Adoboli , the former UBS banker jailed for the UK's biggest ever fraud has been released from detention at an immigration removal centre near Heathrow while he awaits a judicial review of his deportation.

He was released on Tuesday night after a judge ruled he should be bailed.

According to reports by the Guardian, Adoboli has been detained at Harmondsworth immigration centre for the past 36 days.

Adoboli was convicted by the UK authorities in 2012 and he is currently being held by Scotland Yard authorities.

During his trial at Southwark Crown Court in 2012, he had denied the charges, which related to the period between October 2008 and September 2011.

He had told the jury his senior managers were aware of his actions and encouraged him to take risks.

But the jury was told he lost the money in "unprotected, unhedged, incautious and reckless" trades. 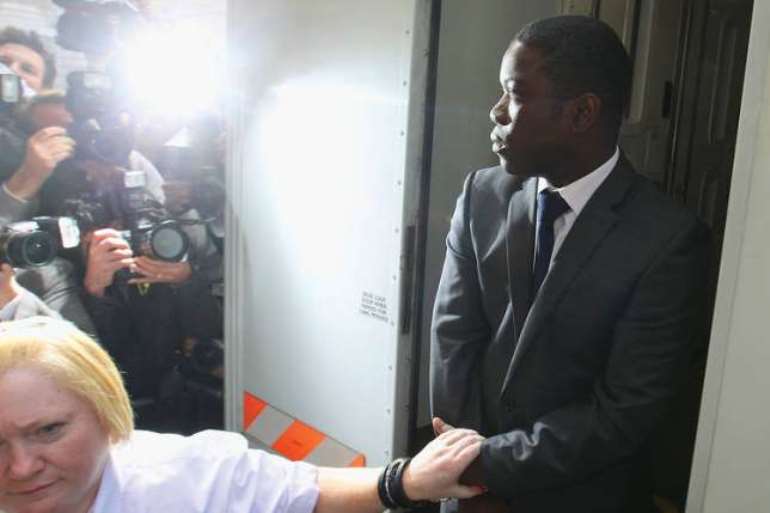 Kweku Adoboli Speaking to the Guardian after the bail ruling, Adoboli said he was overjoyed, adding that he would take a train with his partner, Alice Gray, home to Scotland after she had collected him from the detention centre.

Adoboli thanked his loved ones and legal team for their support. "I'm very tired and I'm really looking forward to going home," he said.

"But I can't feel elated because I know there are so many other men and women locked up in detention who should not be there. Being locked up for 36 days has really started to destroy my mental health," he added.

As a foreign national given a jail sentence of more than four years, Adoboli is subject to automatic deportation under UK immigration laws. Last month a judge granted him an injunction against deportation in an attempt to prevent his "banishment" from family and friends in the UK.

At a hearing on Tuesday, the judge Stephen Pedro noted that Adoboli had previously been on immigration bail for three years "without fault" and said he could not see, based on the evidence before him, that there were any substantial grounds for risk of reoffending or absconding. Adoboli's friends provided surety for him of £120,000.

Matthew Williams, acting for the Home Office, said the home secretary wanted to keep Adoboli detained because his appeal rights were exhausted. In an earlier bail hearing, Adoboli's legal team argued that he should be freed from the immigration removal centre until the outcome of the review. But at that hearing the judge, Claire O'Garro, refused bail.

Speaking after Tuesday's hearing, Adoboli's solicitor, Jacqueline McKenzie, said: "We're very pleased with the outcome. Now Kweku can return to his partner Alice Gray, his friends and his loved ones in Scotland and get on with the important job of fighting the legal battle against deportation.

"Today's decision is a clear vindication of Kweku's claim that he's not at risk of absconding. It's a shame that an earlier hearing found against him as it meant he has remained in detention for 15 days longer than necessary."

In his recent report (pdf) into immigration detention, the former prisons ombudsman Stephen Shaw described the Home Office policy to deport people who had committed crimes but had grown up in the UK as "deeply troubling" and called for the practice to end.