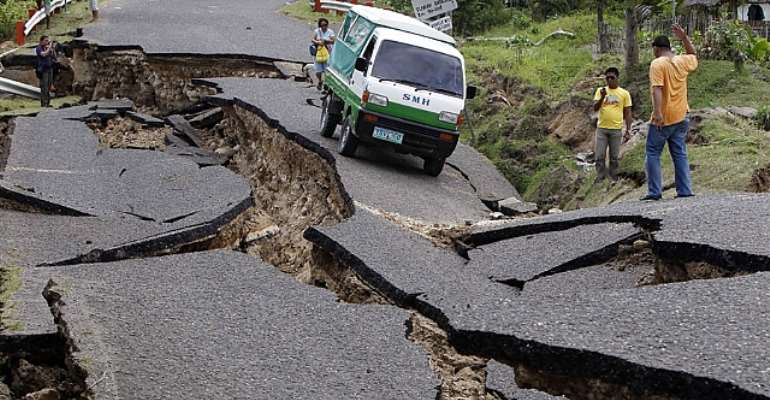 JAKARTA, Oct. 9 (Xinhua) - Disaster agency has put the figure of casualties in Indonesia's multiple strong quakes and an ensuing tsunami on September 28 to 2,010 people with over 5,000 others missing, an official of the agency disclosed here on Tuesday.

Most of the victims of the catastrophes striking Central Sulawesi province were retrieved from Palu, the provincial capital, followed by the districts of Donggala, Sigi, Parigi Mountong and Pasangkayu district situated in nearby West Sulawesi province, spokesman of national disaster management agency Sutopo Purwo Nugroho said.

"All the victims have undergone mass funerals and been buried by families," Sutopo said. The figure of survivors, who have escaped the deadly disasters and are taking shelters in encampment or under tarpaulin, has risen to 82,775 people, he said.

Meanwhile, a total of 10,679 people sustained from wounds when they were hit by collapsing buildings or falling blocks of concrete during the jolts, while some others were hit by the strikes of the tsunami, Sutopo said.

As many as 67,310 houses, 2,736 school buildings and 20 health facilities, were devastated by the catastrophes, according to the spokesman.

Commander of joint task force in the province Maj. Gen. Tri Suwando called the residents who have left the province to return as the life and economy in the catastrophe-rattled areas have been restored.

On search and rescue mission for the victims of the deadly disasters, head of the national disaster management agency Willem Rampangilei said, the operation will be terminated on Thursday, which will be the 14th day after the strikes on September 28.

"For the search mission, it will not be continued on October 11. After 14 days, the corpses will stink and could spread disease," he said.

For the affected areas where the victims remain under the ruin, further efforts will be discussed between the communities and the local administration, according to him.

Powerful and shallow quakes of 6.0, 7.4 and 6.1 magnitude that triggered a tsunami devastated the province on September 28 with the hardest-rattled area in Palu city and Donggala district.

The jolts had caused a tsunami with the height of 0.5 to three meters, which devastated coastal areas near Talisa beach in Palu city and Donggala district, the meteorology and geophysics agency said.