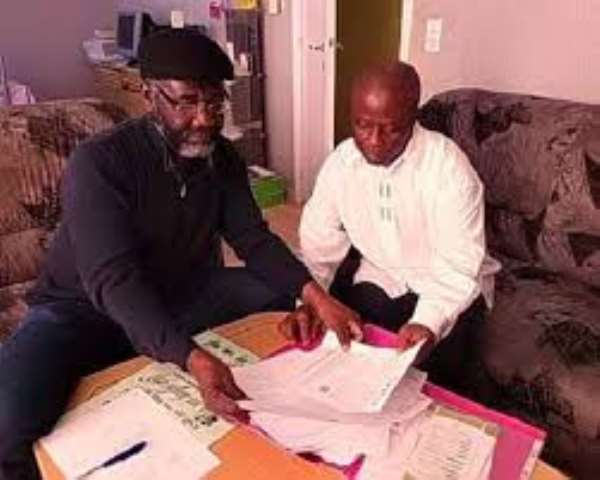 Mr. Daniel Sackey, right, showing some documents pertaining his illness and employers to the journalist and writer, Joel Savage

In every society where foreigners live, especially Africans, the lack of common ground and platform to protect and speak on their behalf leads to their exploitation, abuse, misuse, cheatings and unfair treatment, and as usual those responsible go unpunished because they are nationals.

I was once a victim of a fraud in Antwerp. A Belgian landlord who steals money from those he rents his house, stole my money when I was ready to leave the house. I was able to find another of his victims from Nepal to the police station but since we are foreigners, the Antwerp police failed to take back our money from the Belgian landlord thief and he was set free.

The story you are about to read is shocking and people may wonder how and why such things often happen? But it happens every time to foreigners, especially Africans in Holland and Belgium. In Amsterdam, Holland, I worked 24 hours in the restaurant of ING bank for four days but they refused to pay me because I wasn't selected for the job, said the restaurant's manager.

I gave two references of events which happened to me in Holland and Belgium, to avoid readers taking this story untrue or an exaggeration. Since there is no Belgian newspaper ready to publish such articles and no law rule in favour of the poor Africans, many times, I wonder if there is any law or when such injustices will come to an end?

The case of Mr. Daniel Sackey
Mr. Daniel Nee Sackey, a Ghanaian professional auto-mechanic, living in Antwerp, was an employee of TAC Naverkoopdienst, now known as TAC, Herentals N.V, in Belgium, a company that deals with spare parts, vehicles, including the Mercedes-Benz, from 2004 till 2012.

In March 2011, without any provocation, one Bart Auman, the coordinator in charge of the company, started treating Daniel inhumanly cruel; over his daily working hours which weren't stated in his contract. Daniel pointed out clearly to him.

Mr. Auman wasn't satisfied with Daniel's decision of working according to what is indicated in his contract. This resulted in confrontations between his boss and him. This went on for some time, hoping his relationship with his boss will improve but the negative attitude of Mr. Auman increased.

Mr. Sackey once responded to his queries yet Auman refused to listen to him. Mr. Sackey rather noticed a change of attitude towards him anytime he discharges his duties assigned to him in the garage by the group leader, Paul.

Mr. Sackey wasn't only exempted from his actual work but also from meetings on several occasions prior to his accident at work. It seems he was no more considered as one of the company's employees.

Mr. Sackey couldn't believe that his job which was once his happiness has now become a nightmare. Many times, Africans experiencing similar circumstances at work often accuse the management of racism or discrimination but Mr. Sackey avoided that and wouldn't accuse his boss of being racist.

However, he got information from one of his colleagues over the hate Mr. Auman had for him, warning that he doesn't want to see Mr. Sackey's presence in the garage because he has no regard for his skin or him as an African.

Mr. Bart Auman truly showed his hatred for Mr. Sackey and used his position to take him from the garage and located him into one of the container stores at the premises to work there. His task is to mount or fix the new racks in the container.

Mr. Sackey never complained but during the heavy winter he suffered, because the container has no heating facilities. Thus, while all of them were in the office or garage enjoying the warm environment, Mr. Sackey was alone in the freezing cold container with running nose and cold body stacking materials, including vehicle tires.

The heavy ML tires aren't easy to be lifted and he did all alone, despite his smallish figure. "Normally these tires should not be lifted up by one person," said Mr. Sackey. According to him, he was on his way to drink some water, and one of his colleagues, Jasper, called him to assist in lifting up a heavy folded metal box in the officer's car showroom.

Mr. Sackey said he was surprised that the management didn't arrange for the forklift driver to take such a heavy object, instead, they were depending on manpower to execute the job. "Normally about four people people should have carried that heavy folded metal if the forklift driver wasn't available at that moment." He said.

"As soon as I lifted the object, I felt a very sharp pain in my waist and accidentally I dropped the folded metal box on the floor," Mr. Sackey narrates further. 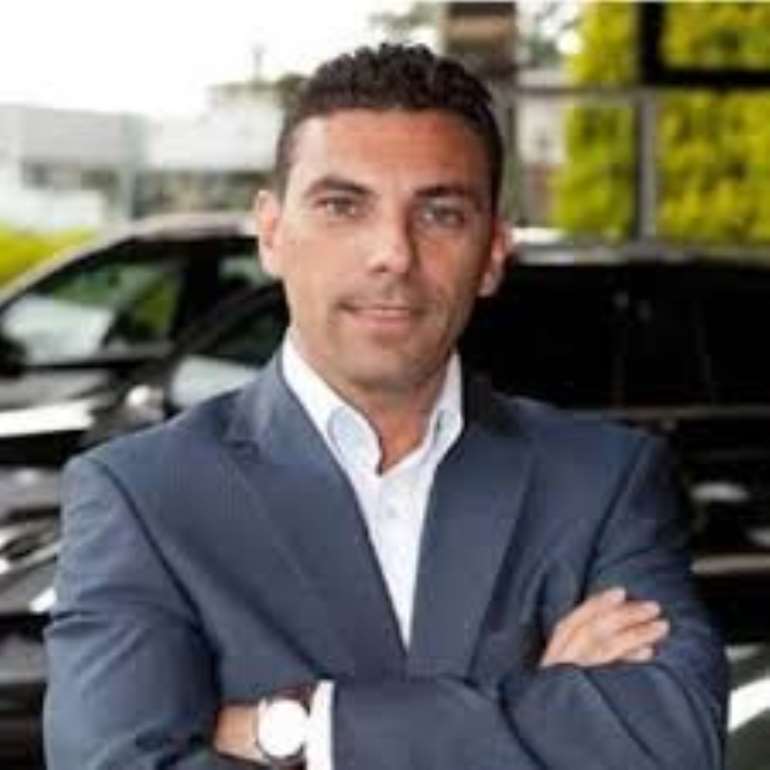 During the time of the accident, Mr. Sackey had bronchitis and was receiving medication from his house doctor. The hip pain after lifting up the heavy object was so intense that he notified the leader of the group immediately and he asked Mr. Sackey to stop work and see the doctor to identify the problem.

He called the doctor and made an appointment on March 3, 2011, for scans to be conducted to locate the problem. After the scans and the examination, it was discovered that Mr. Sackey has a dislocated hip bone. He, therefore, went on sick leave.

The house doctor realized that Mr. Sackey needs more time for his injury to heal properly, so he requested for extended sick leave. His employers agreed but before fully recovering and return to work, his contract with the company was terminated on June 8, 2011.

"This is an unlawful termination by the rules and regulations of Belgium labour laws," Mr. Sackey pointed it out to the management. According to him, his former boss, Mr. Auman, inspired by hate, conspired with the authorities from the company's insurance, Generali, and got his job terminated.

According to Mr. Sackey, his former manager, Bart Auman, and some of the employees forged a statement to deprive him of some benefits and compensation he is entitled to after eight years of hard work in the company.

Not even the lawyer he contacted, Mr. Abraham Breesch, refused to look into his case. Living in a country that the media refrains from publishing articles or crime against foreigners, it's like living in a country of anarchy.

As if the license has been granted to every Belgian to treat an African the way they like with impunity but with the pen alone the victims and those denied justices like Mr. Daniel Sackey will scream for their voice to be heard.

Further investigation revealed that Mr. Bart Auman of Mercedes-Benz conspired with medical officials to cover up Mr. Daniel Sackey's injury, to avoid a compensation. This is not a matter one can go to the police or depend on a lawyer for a solution because there is no law which favours a black man in Belgium.