Ghana Not On Track In Implementing CAADP Principles 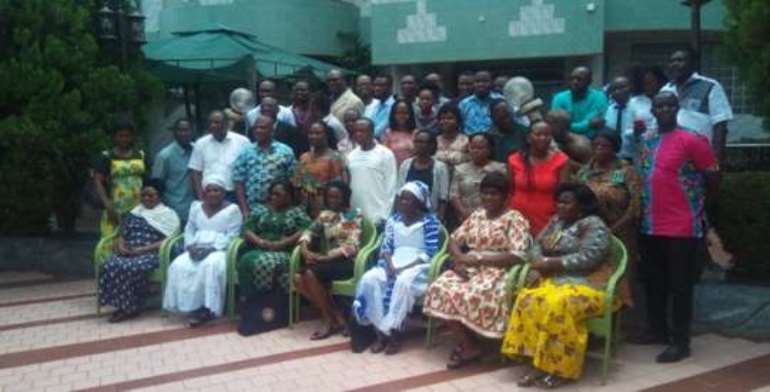 Ghana seems not to be on track in the implementation of the Malabo Declaration on the Comprehensive Africa Agricultural Development Programme (CAADP).

The country's overall progress in the implementation of CAADP was a score of 3.9 out of 10.

Dr Bethule Nyamambi, the Project Director, TRUSTAFRICA, speaking on the 2017 Biennial Review Report on CAADP, said even though Ghana's overall progress was not on track, it was on track with some of the commitments.

Dr Nyamambi was presenting the outcomes of the CAADP partnership meeting and report at a policy dialogue organised by the Peasant Farmers Association of Ghana (PFAG) with support from TRUSTAFRICA in Accra.

The workshop was to update CSOs on the inaugural biennial review report, Ghana's performance and government's actions in achieving these commitments.

The African Union Assembly of Heads of States and Governments adopted the CAADP in 2003 in Maputo, Mozambique as the flagship programme of the AU agriculture and food security.

The commitments Ghana met were recommitting to CAADP process, halving poverty through agricultural by 2025, boosting intra-African trade agriculture commodities and mutual accountability for actions and results.

The Maputo Declaration on CAADP sets broad targets of six per cent annual growth in agricultural Gross Domestic Products, and allocation of at least 10 per cent of public expenditures to the agricultural sector.

She said Ghana was not on track in the following commitments, which include enhancing investment finance in agriculture, ending hunger by 2025 and enhancing resilience in climate variability.

She said out of the 47 Member States that reported progress in implementing the Malabo declaration, only 20 reported to be on-track for achieving the commitments by 2025.

She said those 20 countries, which obtained the minimum overall score of 3.94 out of 10 to be on track (the 2017 benchmark) for implementing commitments of the Malabo Declaration by 2025.

he Project Director said from these results, Rwanda has the highest score of 6.1 on Agricultural Transformation in Africa, and was the 2017 best performing country in implementing the seven commitments of the June 2014 Malabo Declaration on Accelerated Agricultural Growth and Transformation for Shared prosperity and Improved Livelihoods.

"The average score for the whole Africa, based on the 47 country reports, is 3.60, which indicates that the Union is not on-track in meeting the CAADP/ Malabo commitments when assessed against the 3.94 benchmark for 2017," she added.

he said increased in investments in agriculture has development benefits in the sector and there was a lot of areas Ghana could look at.

he said to fully assess and review the performance in future, the region needed to consider and implement the provision of adequate training and capacity building to countries by increasing the number of country Biennial Review experts.

The Director said countries and the region needed to increase resources to improve data systems to adequately report on all CAADP/ Malabo indicators.

Mr Charles Nyaaba, Head of Programmes, PFAG told the Ghana News Agency that government together with stakeholders needed to pay much attention to data collection, since it was a challenge in updating the reports on some of the good things being done by the country.

He said the country might be doing well to meet the implementation of the CAADP principles but there should be an effective collaboration between government and the CSOs in the documentation.

He said going forward, all the other commitments that were not on track needed to be improved in preparation for the next report.