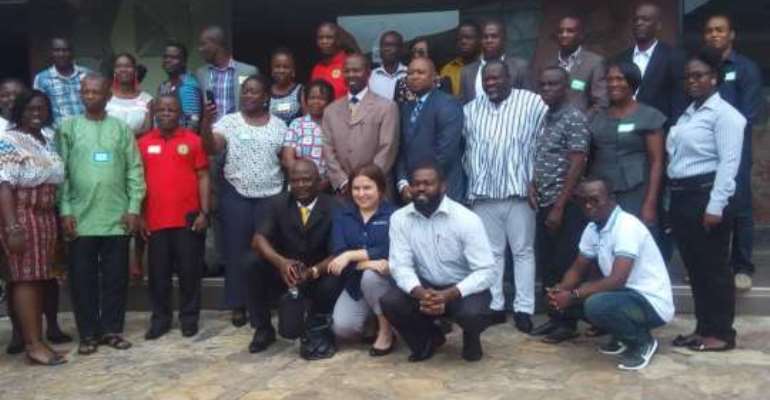 The Deputy Executive Secretary of the Narcotics Control Board (NCB) Mr Michael Addo, has stated that legalization and decriminalization of narcotics was not the surest way to go as far as bringing substance and narcotic abuse under control.

According to him, the legalization of narcotics substances such as marijuana were thoughts that were expressed by some section of the public however it was not endorsed so the new bill sent to parliament did not capture that.

He, however, noted that because the use of narcotics and addictions were public health issues, the new bill sought to decriminalize the punishment of an addict who must be paid attention to and put heavier punishment on those who dealt or sold the substances to the public.

Mr Addo who was addressing the opening of a 4-day community Anti-drug coalition workshop, said in that direction the bill had captured the need for a well-resourced national rehabilitation center to cater for the addicts as a way to reduce their burden on society and national development in general.

He observed that addicts were stigmatised so much that, the needed attention we had to give them like sending them to rehabilitation centres were overlooked and added that the new bill would focus on the rehabilitation and re-integration of addicts into the society than incarceration.

The workshop was organized by the Community Anti-Drug Coalition of America (CADCA) an American based non-governmental organization, in collaboration with Philip foundation Programme, a local NGO to build capacities of coalition groups in Ghana to mobilize community resources to address issues of drug and substance abuse.

Mr Philip Boateng Mensah, Executive Director of Philip Foundation, noted that legalizing narcotic drugs would not be in the interest of Ghana, because it would encourage more people to become addicted to drugs and expressed the hope that the training would equip the participants to lead the crusade against drug abuse in their respective communities.

Regulatory agencies to begin random checks at offices to ens...
20 minutes ago