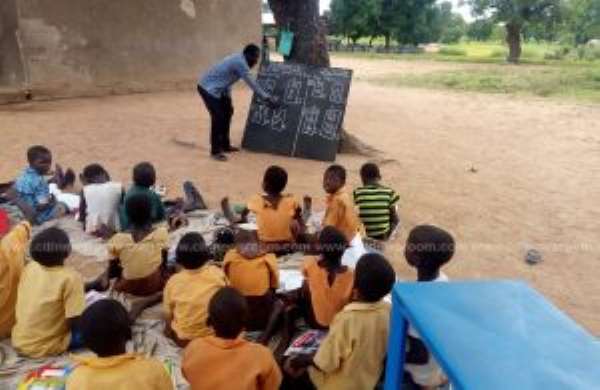 Pupils of Kaasi Primary School in the Kassena-Nankana West District of the Upper East Region sit on bare the floor to study.

This the managers of the school say is affecting their quest for quality education. They thus want government to swiftly intervene to get them a decent infrastructure and furniture.

Established in 1996 with only a three-unit classroom block, the Kaasi primary school has not seen any expansion to correspond with the high enrollment of pupils. 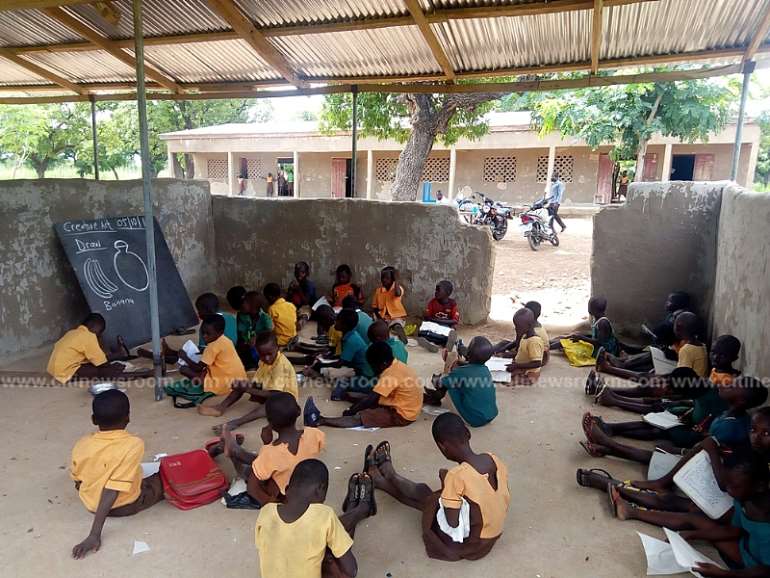 While primary Four, Five and Six pupils occupy the only three classroom blocks, pupils in Nursery sit on the bare floor in a mud thatched structure.

The situation is no different in Primary One to primary Three, as pupils sit on the bare floor under trees for their lessons.

Speaking to Citi News, a pupil, Anyorka Johnson, said, “my school has only three classrooms, we sit under trees. I need President Nana Addo to help us”.

“My school has only three classrooms and we sit on the bare floor to read and write. I want President Nana Addo to build a school for us” another pupil stated.

Although the headteacher and others teachers of the school declined commenting on the matter for fear of being victimized, community members say the situation is negatively affecting the performance of the pupils, and called on government to intervene. 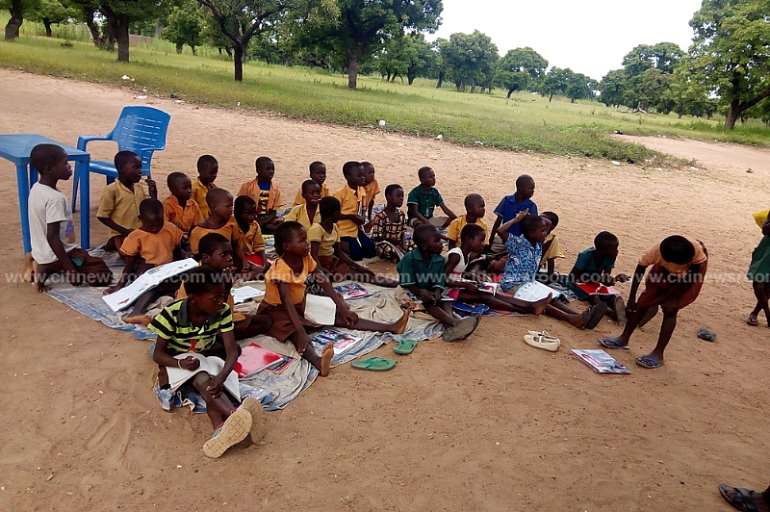 A community member, Asigra Richard, said “A lot of people complain that if the pupils come to school, their uniforms get dirty on daily basis because they sit on the bare floor for studies. We are appealing to government to provide us with six classroom block”.

Another resident, Abayeta Moses, added that, “when it comes to teaching and learning, apart from primary four to six who sit in a three unit classroom block, the rest sit under trees and lie on the bare floor to write. We are appealing to the district assembly of Kassena-Nankana West, and government to get us another three unit classroom block to accommodate the rest of the pupils sitting under trees.” 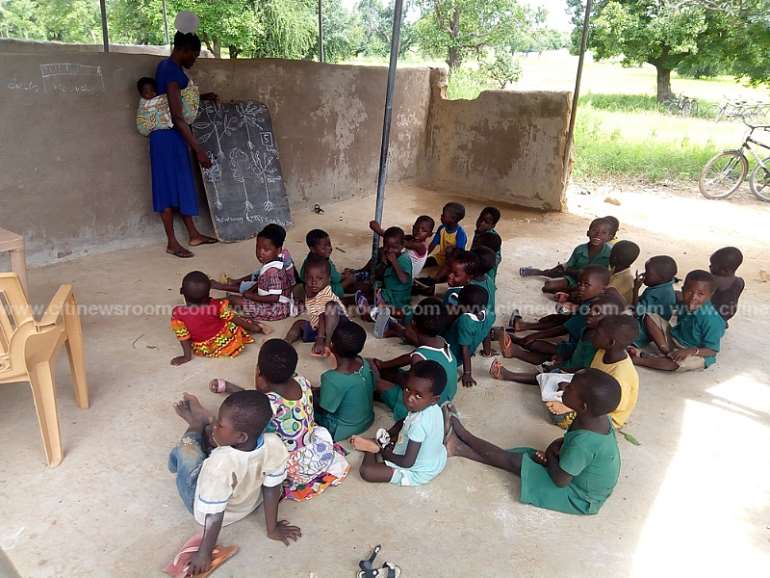 The situation where some students study under trees, still persists, despite supposed interventions by government to tackle it once and for all.

Accra: Pupils in Omanjor take chairs to school as others study on the floor

Pupils at the Omanjor M/A cluster of schools in Accra , are being forced to bring their own furniture from their homes for lessons in the classrooms.

This is because of the deplorable state of their classrooms and the woefully inadequate furniture to sit and study on.

Although such experiences are often reported in some parts of rural Ghana, it appears the capital has not completely overcome these basic problems in totality.