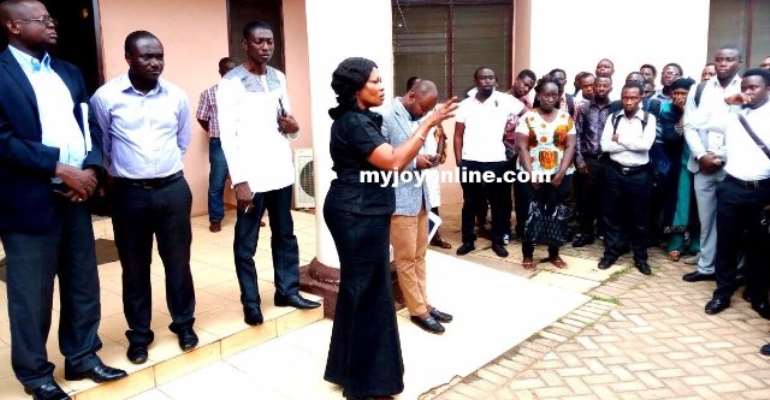 Douglas Adade of Saint Louis Senior High School, an English teacher, and Mathew Asante-Darko of Kumasi Girls, a Visual Arts teacher, are due to appear before the Ghana Education Service (GES) Disciplinary Committee.

They both have been cited for committing the alleged crimes on their respective campuses awhile ago.

His victim (name withheld) first reported the incident to the Senior House Mistress of the school.

The school authorities then lodged a complaint at the KNUST Police station leading to his arrest last week.

Manhyia Divisional Commander, ACP Kwaku Buah, however, ordered for him to be re-arrest last week Friday.

Nhyira News sources say Mr Adade reportedly told the Regional Education Director he has paid the victim GHS10,000 in an out of court settlement.

In the case of Mr Asante-Darko, he is alleged to have drugged his victim entrusted to his care by the parents.

The student allegedly woke up to see the teacher having sex with her.

She is alleged to have reported the incident first to another teacher on campus.

That teacher then confronted the teacher who allegedly raped the female student, but he denied the allegation.

Parents of the victim then lodged a complaint to the police.

Mr Asante-Darko was picked up by the police when the school's board was meeting over the matter.

GES Disciplinary Committee
Mrs Mary Owusu-Achiaw told Nhyira News the affected teachers will soon appear before the committee to respond to the charges brought against them.

According to her, the Directorate will get to the bottom of the allegation and apply sanctions if they are found to have misconducted themselves.