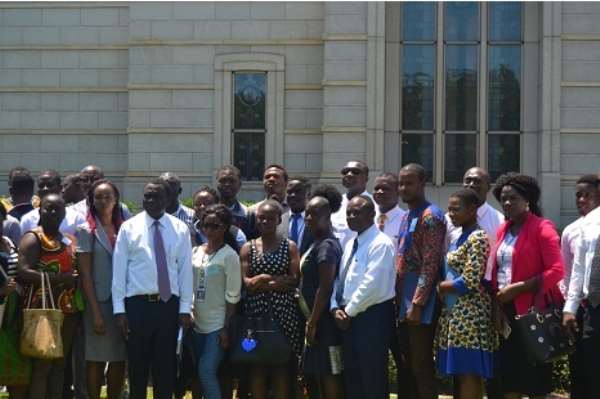 Marcus B. Nash, President of Africa West Area of the Church of Jesus Christ of Latter Day Saints, has indicated that the Church created about 4,899 new businesses in the country between January 2015 and 2018 through its youth economic empowerment programme dubbed, “Self Reliance Initiative.”

According to him, 7,000 beneficiaries took advantage of the initiative to gain financial independence, while 1,883 others got new and better job placements after taking part in the through programme during the period.

He explained that the Self Reliance Initiative forms part of the Church's Corporate Social Responsibility (CSRI) introduced to ensure that vulnerable members receive technical and vocational training.

During the Church's Meet-the-Press series held at its West African headquarters in Accra lately, he opined that the church is passionate about creating economic opportunities, which can help the youth earn decent living.

“Our mission as a church, besides the great commission, which empowers us to propagate the good news of salvation of converts, also lays emphasis on ensuring that people earn decent living through various occupations,” he stated.

The President, who was happy that the poverty alleviation project has already gained root in the USA and other parts of the world, including Africa, said that it would make the same impact in Ghana.

Touching on the doctrine of Latter Day Saints with regards to state, he revealed that the Church is obedient to the laws of the country but does not encourage members to be active players in politics.

On education, he hinted that although the Church has no school at all the levels in Ghana, its charities, which are the humanitarian arm, extend support to vulnerable institutions, adding that it backs the double track system introduced by government.

“The Church has taken it upon itself to conduct extra classes for children of members who have gained admission under the new double track system. Such children will receive free tutorials while waiting to go to school in January 2019,” he added.