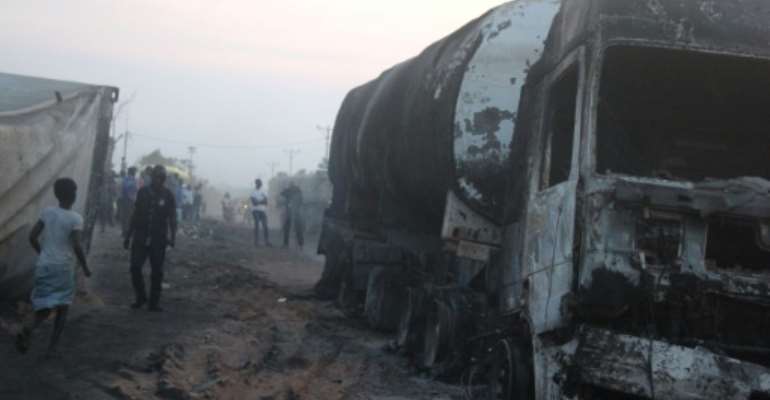 Congolese officials say the death toll may rise after a weekend crash of an oil tanker that killed at least 53 people. By Patient Ligodi (AFP)

At least 53 people were killed when an oil tanker crashed in the Democratic Republic of Congo at the weekend, according to an updated toll from the health ministry on Monday.

The tanker collided with another vehicle and caught fire on Saturday on a highway 120 kilometres (75 miles) west of the capital Kinshasa.

The ministry said another 72 people were injured, and warned that the death toll could rise further.

President Joseph Kabila has declared three days of mourning for the victims of the disaster.

Why appoint an AG-designate who’s interested in disenfranchi...
58 minutes ago