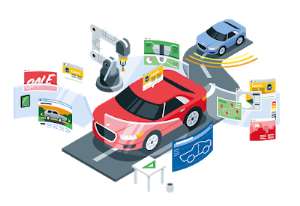 Everyone dreams of owning an automobile as we have watched automobile over the years evolve from being somewhat a luxury to become a necessity. However in shaping the dream should the citizens be subjected to the whims and caprice of dealerships, or the state should play a role to regulate the auto industry to ensure to the benefits of both manufacturers and users?

On August 30, 2018, it was announced that VW AUTOMOBILE will be establishing an assembling plant in Ghana. This was during the visit of the German chancellor Angela Merkel and a group of business conglomerate from German. The partnership would be between the automobile firm and a Ghanaian business partner with the assistance of both governments.

This was an exciting news to some potential vehicle owners and freaks. At least, they can afford a new cheaper vehicle compared to that at the dealerships in the country. There was mention of job creation and economic boost (at least for the politician’s good books).

For me, I see this situation differently. With my little knowledge, I remember the story of the prodigal son. After his return from the “world tour”, his father gave him a return party. New cloths, finest cow excitement among the servants because the kid is back while all along the elder son was home, doing the right things but was not celebrated. Not even the smallest cow was killed for him.

To the real issue, KANTANKA automobile with its core mandate to manufacture and assemble cars with higher added value, expand our OEM (Original Equipment Manufacturer) and create a niche market with new types of vehicles that gives value for money to medium and lower income earners in Ghana, Sub-Saharan Africa and the rest of Africa and also to supply Pickups and SUVs to government institutions, corporate bodies, private institutions, and customers at affordable prices.

KANTANKA ONANTEFO
There has been little support for the local automaker and in instances where politicians have made promises, they do not follow through. There are no regulations consciously designed to make the local automobile industry a front runner on the African continent. A country which sees industrialization as the way forward, our actions are at contrast.

For every country to be self-sufficient, it must produce what it consumes. This will improve the economy and create jobs for the citizens. The proceeds of these firms will remain in the country and not repatriated to their mother companies like the foreign owned firms would do.

So, why have successive governments failed to help the local automaker to thrive? To make it a national icon on the international stage and represent what Ghana stands for.

So this took me back to previous events elsewhere in the world where governments have consciously invested into auto firms for their revival and revamp.

In 2007, the world economy was hit with financial crisis. The united states of America economy were the hardest hit. No sector of the economy was spared including the automobile industry. The auto industry became weak due to increase in fuel prices. This discouraged the purchase of sports utility vehicles (SUV) and pick-up trucks which have low fuel economy.

The reputation and high profit margins of these vehicles had influence on the American big three automakers which include FORD, GENERAL MOTORS AND CHRYSLER.

The big three automakers approached congress for a financial bailout and without it, they would have faced bankruptcy and 1 million jobs will be lost. The American treasury department invested $80.7 billion into the big 3 automakers. It both lent the money and bought ownership in GM and CHRYSLER. The government also provided incentives to spur new car purchases.

The federal government took over GENERAL MOTORS and CHRYSLER in March 2009. The Obama administration used the takeover to set new auto efficiency standards. The changes forced the US automakers to be competitive against the Japanese and German auto firms.

Beyond the funding, the government also backed all new vehicle warranties, provided subsidy for 0% financing for some Chrysler vehicles and passed an economic stimulus bill which allowed all new car buyers to deduct car sales excise taxes.

From the above literature, you could see a conscious effort from the American government to save the automobile industry, to save jobs, the economy and for the American pride.

So I ask, why are we not witnessing the same conscious effort from the Ghanaian government past and present for the above reasons?

Why is there little or no political will to help KANTANKA automobile but rather to bring in a foreign automaker with much power, influence and financial muscle while there is no strong legal framework governing the automobile framework in the country?

The following are suggestion that could be implemented both by the government and the local automaker for the growth and sustainability of the latter.

The government of Ghana
· Tax waivers on accessories and parts form vehicle production which are imported.

· To complement the above, government can put in some incentives for the indigenous people to buy from the local automaker. They could be discount on some taxes and levies vehicles attract.

Kantanka automobile
On behalf of the local automaker, to win the hearts of the local vehicle buyers, the company should consider doing the following

The auto industry is a multi-million industry all over the world. If we pay due attention and give it the necessary investment and regulation, it will fetch us a lot and put our company on the map in that industry.

About the Author
Edmond Nana Cabir Flynt is a vehicle sales advisor based in Takoradi - Ghana. He is also a volunteer, an entrepreneur, and an auto show radio presenter.