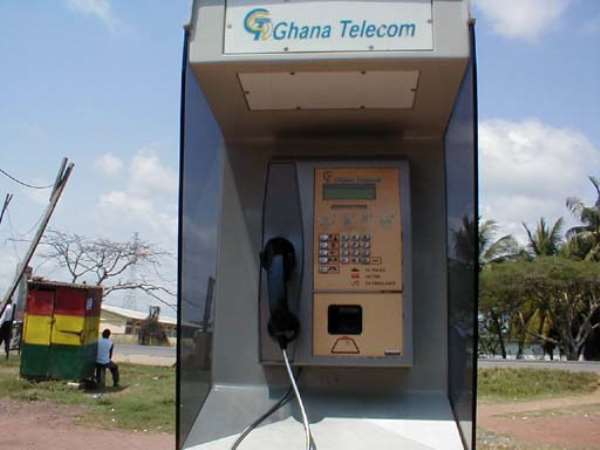 THE National Telecommunications Authority has intervened to abort a possible clash between the nation's two largest mobile service providers–Onetouch and Areeba.

Last week, Onetouch Company Ltd, operators of Onetouch, accused Scancom, operators of Areeba, of sabotaging calls originating from its network, the second largest in the country.

This was after call completion rates between the two networks sank to unusually low points in recent times, sparking widespread criticism from customers. Scancom had reportedly written to Onetouch to threaten that from Monday, October 24, it was going to terminate all calls coming from Onetouch's Kumasi Switch, citing alleged “illicit and unethical dealings” on the part of the latter. But Onetouch has denied the accusations, accusing Scancom of “sabotage.” However, information available to The Statesman reveals that the NCA has intervened with a call on the two mobile service providers to cease fire, promising an investigation into the latest allegations with the view to resolving the matter.

Onetouch had alleged in an SMS message to its over 500,000 subscribers that the former was restricting calls from its network and had “threatened to block calls” originating from the GT subsidiary.

It read: “Dear subscriber, Areeba is restricting our calls and has threatened to block all calls from Onetouch and GT on Monday. Pls bear with us while we fix the problem.” The SMS message, has been described by Areeba as “unethical.” Management of Areeba has since denied the charge, explaining that its threat to block traffic from Onetouch, which it failed to carry out, was in response to information available to it that Onetouch was “suppressing” its traffic from Kumasi, among other “unethical acts.”

On Monday, the NCA, the regulator of the industry, hosted top officials of the two mobile service providers at a meeting in an attempt to resolve the impasse. ICT experts had warned that if allowed to continue, the impasse could get 'dirty' and could deliver significant negative blows to the national economy, the ICT sector especially.

This is not the first time the two companies had gone on a collision course over allegations of sabotage.

Over a year ago, it was Areeba, then Spacefon, which was playing the victim, accusing Onetouch's mother company, Ghana Telecom, of intentionally blocking calls from its fixed network with the view to frustrating its subscribers. GT denied the charge, alleging that calls from its network to Spacefon's were suffering as a result of the “too limited traffic capacity” on the latter's network as opposed to its large subscriber base.

This, GT management further claimed, had resulted in 'choking' in Spacefon's network. Although Spacefon rebuffed the claim, GT maintained its position and called on the latter to expand its capacity.

Last year's dispute was settled by the regulator.

And just a year on, the two companies are at it again. This time it is GT's Onetouch which is crying foul.

At a press briefing Monday afternoon, Philip Sowah, General Manager for Onetouch, confirmed our information that the NCA was mediating between the two companies to solve the impasse. “We met in good faith and we are going to resolve this issue. There is nothing to worry about,” he told newsmen in Accra. Top officials at Areeba also confirmed that the NCA has initiated a move to calm down nerves. But it remains unclear what sort of settlement the NCA is likely to pull-off this time around. NCA sources confirmed moves to resolve the matter but remained tight lipped.