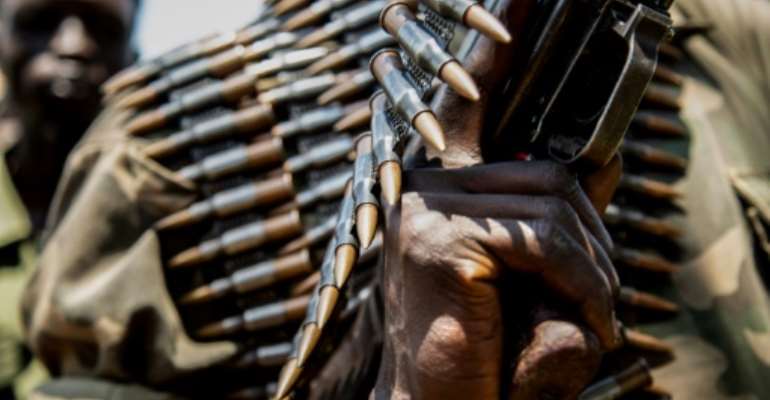 A detained officer of the National Security Service (NSS) overpowered a guard at the entrance of the Blue House compound and disarmed him in overnight, the NSS said in a statement.

After opening the prison gate by firing shots at the locks, Captain Keribino Wol then "mobilised" 15 detainees and "took over one part of the prison" where he forced several inmates to form a human shield to protect him from NSS officers, according to the statement.

The detainees have seized 32 guns and knives, the NSS said, adding that it was seeking "to disarm (Keribino) peacefully for the safety of the other prisoners".

The jail is part of the headquarters of the NSS. The prison has repeatedly drawn condemnation from human rights organisation over the alleged illegal detention of prisoners, torture and suspicious deaths.

South Sudan, the world's youngest nation, broke away from Sudan in 2011 after a long and bloody independence struggle.

The civil war has killed more than 380,000 people and triggered one of the world's worst humanitarian crises.

Last month, Kiir and Machar signed a peace deal in an attempt to end the unrest, which is often fought along tribal lines and characterised by massacres of civilians, rape and looting.

But international observers remain sceptical of the agreement, saying that entrenched distrust between the two men was likely to hamper peace efforts.

Covid-19: Ghana not part of countries banned by Netherlands ...
57 minutes ago