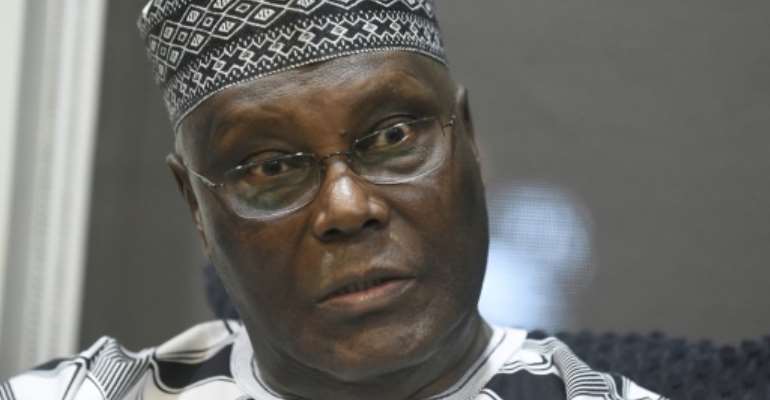 Abubakar, who has already run for the presidency four times, has amassed a huge fortune in the import-export business, as well as oil, agriculture and telecommunications. By PIUS UTOMI EKPEI (AFP/File)

Abubakar, 71, won 1,532 votes, trouncing his main rival Aminu Tambuwal, the governor of northern Sokoto state who scored 693 votes at the party's convention in the southeastern oil hub of Port Harcourt.

"Thank you for choosing me," Abubakar said on Twitter. "It's a victory for all of us. The task to get Nigeria working again starts now," he wrote, even before final results were in.

Twelve candidates were in the running for the DPP nomination, decided in the weekend primary by some 3,000 party delegates.

Abubakar has already run for the presidency four times. He has amassed a huge fortune in the import-export business, as well as oil, agriculture and telecommunications.

Nigerians will elect governors and lawmakers as well as the president in elections set for February and March next year.