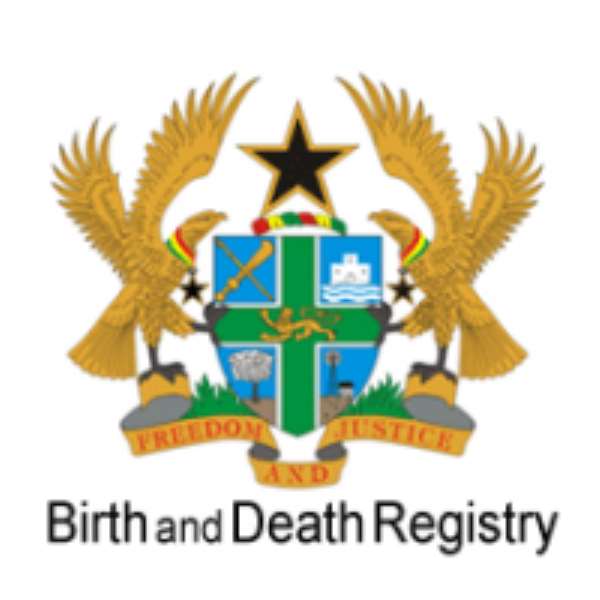 The Births and Deaths Registry has indicated that having a credible data on the human resources base of the country was key for good governance and nation building.

It is said that such statistics enabled the government to develop and implement programmes at all levels including the lowest administrative levels, monitor progress, determine population estimates and projections for development planning.

Mr Kingsley Asare Addo, National Registrar of Births and Deaths at the Fifteen awareness creation on the subject said, 'Early Births and Deaths Registration was therefore key in providing a legal identity for all and encouraged parents and families to make it a point to register their birth and deaths.

He said since 2004, the Registry had celebrated and marked the Day with series of awareness and sensitizations to whisk interest to enable the country have accurate data on population growth.

In Ghana, non registration of births and deaths were more pronounced in villages and communities where access to registration facilities was non- existent.

The Registrar said the celebration was therefore to reinforce the message on the importance of early births and deaths registration, increase coverage as well as Registration outlets, raise awareness on free births registration of children below age one and reduce the proportion of late registration.

The universality of Births and Deaths Registry system, enabled it to serve as an instrument through which the government could reach out to each individual, and deliver services as identity records and documents derived from the system further allowed every individual to prove with certainty the facts relating to their existence and also claim human and civil rights.