MANASSEH WRITES: A journalistic perspective on "WHO KILLED THE JUDGES?" 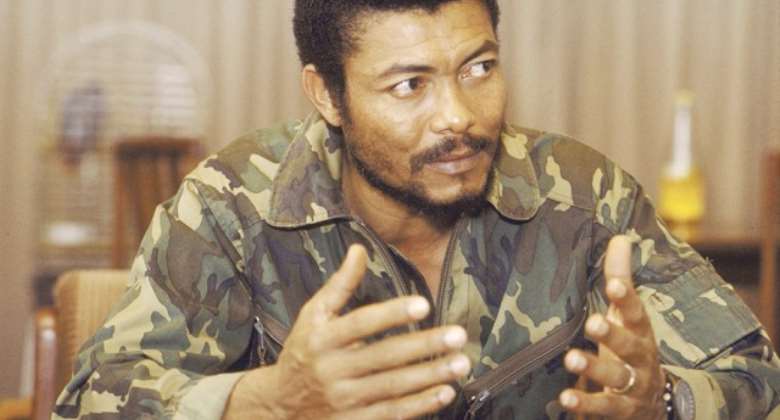 Former President Rawlings had denied any involvement in the killing of the judges as claimed by Amartey Kwei, the man who led the operation to abduct and kill the judges

Yesterday (02-10-2018), the BBC aired a documentary on the 1976 youth uprising in apartheid South Africa. The documentary recounted the massacre of the students, using Sam Nzima’s iconic photograph of injured Hector Peterson as the central theme.

When I visited South Africa in 2012, an editor with The Star newspaper took me to Soweto (SOuth WEstern TOwnship). Apart from Nelson Mandela’s house, he took me to the Hector Peterson museum and the high school where the uprising began. He told me stories of the uprising. I interacted with people and had the pleasant opportunity to visit the scenes of the historic events, including the school where the Sarafina movie was shot.

Were the issues, as recounted in the BBC documentary, already known to me before I heard the documentary?

So was the BBC documentary a waste of my time?

No! I enjoyed it.

Was the documentary unnecessary because it reminded people of their pain? (More than 170 students were killed, and Hector Peterson, whose photograph became the grotesque mascot of the uprising, still had his sister managing the museum and recounting the heart-wrenching story in the documentary.)

No, the documentary was necessary. We have not condemned movies made from the Rwandan genocide. We watch and take the lessons, which those terrible episodes in human history present to us.

In the evening after the BBC’s documentary, JoyNews and The Multimedia Group broadcast a comprehensive documentary on the killing of three judges and a retired army officer in 1982. This happened in the revolutionary days of the Jerry John Rawlings’ Provisional National Defence Council (PNDC).

After the documentary, I have seen some social media posts suggesting that the documentary was not necessary. Some have said the question of who killed the judges was not answered. I disagree with these views and other similar opinions.

Would the Ghanaian audience condemning the judges documentary have reacted that same way if the BBC or CNN had come to produce this documentary? Would they not have criticised the Ghanaian media of being lazy and allowing the western media to tell our stories?

Besides, it is wrong to assume that all the audience are privy to events of 1982 and already knew everything the documentary revealed about the murder of the judges.

I was born in 1985, three years after the murder of the judges. In 2002, when the National Reconciliation Commission (NRC) spoke to some of the key persons linked with the murders, I was in my first year in senior high school and did not pay attention to the NRC sittings.

For me, this documentary is the only comprehensive way I have heard the story on the killing of the judges. I know there are many other Ghanaians younger than me who will see this as educative and a caution to jealously guard the peace and freedom we are enjoying. And certainly, not all people older than I am knew about what the documentary revealed.

It is also not true that the documentary did not answer the question about who killed the judges. The persons were named. And there was a confession. The documentary revealed that the prime suspect, Amartey Kwei, could not have committed the crime without the backing of higher authorities in the PNDC. Captain Kojo Tsikata agreed that Amartey Kwei ought to have obtained the pass from a higher authority before having unrestricted movements that fateful night when there was curfew.

I didn’t know any of these facts until I watched the documentary. I may not be alone.

As in many works of journalism, the journalist cannot be emphatic and pass judgment on who may have aided Amartey Kwei, Amedeka and others in carrying out those crimes. These are criminal cases. Only the courts have the power to make that pronouncement. What this documentary did was to provide enough facts that would enable its audience to make a judgment.

The research and facts presented go beyond the interviews that were granted at the NRC. More people were interviewed for this documentary than those who spoke at the NRC. And it is also not true that everything in the documentary was already known.

The documentary on who killed the judges, in my view, is a compelling piece of journalism. Raymond Acquah and his team at the Multimedia Group should be praised for the initiative. Documentaries of that nature about Africa and our past should not be left to only the foreign media. We should tell our stories in our own perspective. We should control the narrative.