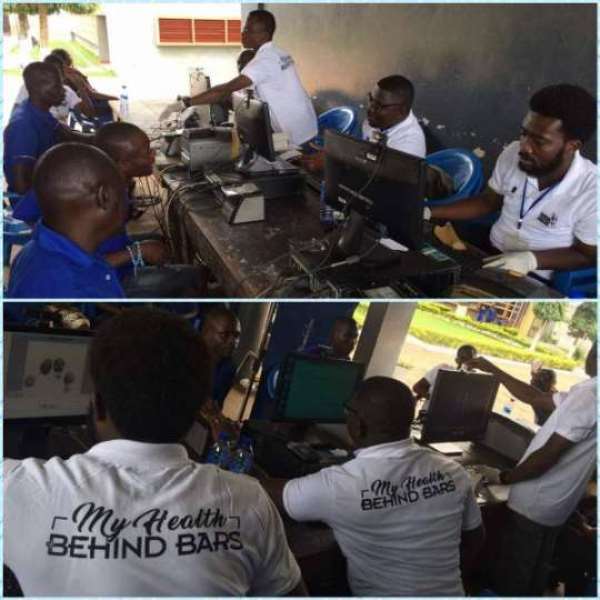 The Divine Group International Foundation (DGIF), in partnership with the Aliu Mahama Foundation (AMF), has facilitated the registration and renewals of the National Health Insurance cards of 1,491 inmates of the Nsawam Prison.

This includes 1,413 males and 78 females.
The two Foundations, which are both non-profit organisations, are pursuing a project dubbed: 'My Health Behind Bars" to ensure the registration and renewals of Prison inmates nationwide under the NHIS.

Mr Ebenezer Kofi Adu-Lartey, the Project Coordinator, said the two organisations launched the project on August 29, 2018 at the Nsawam Prison with a free medical screening for inmates.

He said the launch, through the medical screening, realised that there was the need to do more to improve the health status of inmates in the country's prisons, hence, the collaboration with the AMF to pursue the project.

Mr Adu-Lartey said the NHIS Registration was a follow-up to the medical screening, which intended to promote the health status of prison inmates.

He said the registration would be done throughout the nation's 43 prison centres, which had about 15,000 inmates, adding that the Kumasi Prisons was targeted as the next registration centre.

He appealed to non-profit and benevolent organisations and individuals to join hands in ensuring that the health needs of the country's prisoners were met.

Dr Lawrence K. Acheampong, the Medical Director in charge of the Nsawam Prison Clinic, said about an average of 100 and as high as 200 inmates visited the clinic daily.

He said the clinic had, over the years, seen a lot of structural and human resource boosts that had led to its upgrading and accreditation to a B2 status.

Dr Acheapong said the commonest diagnosis among inmates was malaria, and that this had recently led to the mass spraying exercise in the yard, which had help in many ways.

'Hyper-respiratory infections and diarrhoea and mental health diagnosis are also common among inmates, especially during the raining season'.

He said the Prison clinic started the acceptance of the NHIS services in 2015, adding that there were about 2,619 inmates registered under the NHIS out of a total of 3,482.

Dr Acheapong said about 616 inmates' cards were expired and due for renewal and that the intervention by the DGIF, AMF and NHIS was timely.

He said the clinic provided costless healthcare services varying from basic healthcare conditions to operative procedures for both registered and non-registered inmates on the NHIS.

'Dignosis such as Stroke, Ophthalmic, Othopeadic and Dental services that need specialist attention are normally referred to the Korle-Bu Teaching Hospital, Nsawam Government Hospital and St James Hospital in Koforidua,' he added.

Mr Theophilus Owusu-Ansah, the Eastern Regional Director of the NHIS, said the registration of Prison inmates was under the NHIS indigenes category.

He said the registration under that category was free and that apart from the inmates, people who were classified as not having families and approved by the Department of Social Welfare were also registered.

Mr Owusu-Ansah said the NHIS was generally performing well in the Region, which was made possible by the delivery of two new card printers to every district.

'We targeted to register 47 per cent of our population by end of the year and this agenda is rightly on course".