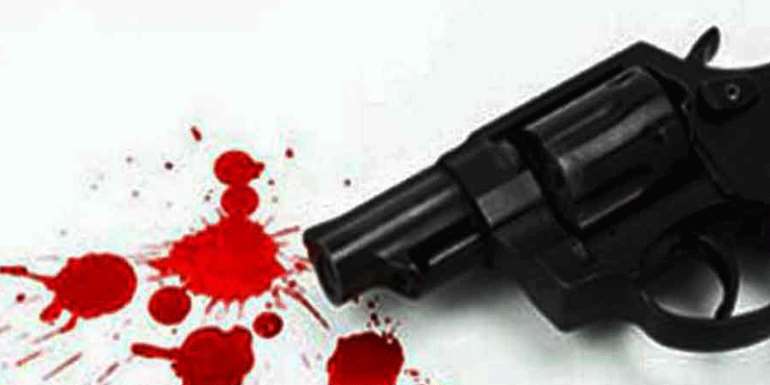 Two armed robbers have been shot dead by police in the Tema metropolis after a series of exchange of gun fire. Public Relations Officer of the Tema Regional Police Command, DSP Joseph Benefo Darkwah confirmed the incidence earlier today during a short press briefing.

The shootout occurred after midnight during a heist at a bonded warehouse belonging to UT Logistics. DSP Darkwa revealed that they received information that ten people have attacked the warehouse and they followed up to check it out.

“Around 12:30 this morning we had information that ten arm robbers have beseeched the UT Logistics Bonded Warehouse near GTP roundabout so Police proceeded to the place. The robbers on sighting Police opened fire and in the exchange two of them were hit and wounded. We rushed them to the hospital where they were pronounced dead”, he narrated.

The two dead robbers have been sent to the Police Hospital morgue and they are yet to be identified. Apart from the two who have been declared dead, the Police have also arrested two other robbers; Yaw Ladzekpo and Bukane Godwin. They are aged 47 and 45 respectively.

Six of the robbers however managed to escape and Police are on a lookout for them as investigations continue.

One of the Police officers who was part of the heist also sustained minor bruises after he was hit with a stick with of the robbers. DSP Darkwah disclosed that he is doing well and it is part of their job as Police Officers.