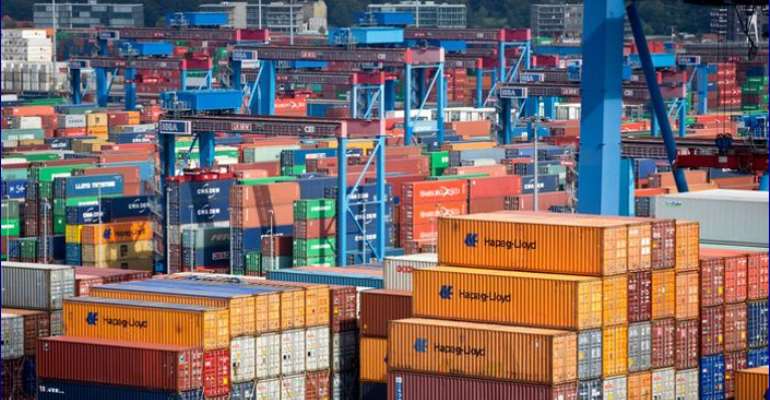 Before traveling to seven African countries, German Development Minister Gerd Müller is campaigning for "duty-free trade with Africa" but he is receiving criticism. The real problems must be addressed, say experts.

Duty-free has long ceased to be the decisive issue, as it has been largely established for African goods in Europe for many years, says renowned German Professor, “a development economist” in an interview. Rather, agricultural subsidies and trade barriers should have to be addressed. The professor at Leipzig University also accuses Europe of "neocolonialism" in monetary policy.

However, Minister Müller, also talked about these same topics, especially shortly before his trip to Africa. He seems to ignore the fact that the imbalance in trade has increased further in recent years, despite exemptions from duty. The Minister was accused to have been badly informed and he's therefore rightly criticized before travelling to Africa for a week.

Africa's negative trade balance
Trade relations between Europe and Africa are increasingly developing to the detriment of Africa. While imports from Europe and above all from Germany are rising slightly in most African countries, African exports to Europe are falling totally in most countries.

According to the economic promotion company, Germany Trade & Invest, German foreign trade with sub-Saharan Africa amounted to 26.1 billion euros last year. In particular, imports have risen compared to the previous year. Nevertheless, sub-Saharan Africa accounted for only 1.1% percent of the total foreign trade in 2017, just as in the previous year.

New Free Trade Agreements With Africa
If it is up to the will of the European Union and also of the German Federal Government, in the future even more European goods should be found on African markets. For now, the Europeans have identified Africa as a major sales market. By 2050, a quarter of the world's population will live in Africa, calculates the European statistics agency Eurostat. Africa is the "sleeping giant of the world economy," according to Berlin and Brussels. And you do not want to leave this sales market without a fight to the Chinese and Indians. Asia's trade with Africa has been gaining importance and volume for years.

For some time now, the EU has been negotiating with African countries about new trade agreements called Economic Partnership Agreements (EPAs), they provide for almost complete market opening also for European goods in the African markets. Advocates hope for new markets for both sides, an increase in efficiency through competition and low prices for consumers.

But in Africa, this causes displeasure. Critics fear that unlimited trade with Europe will weaken their economy even more. Their fear is, the most superior European products could displace Africa's own home goods, and this could add to the imbalance in trade between Europe and Africa.