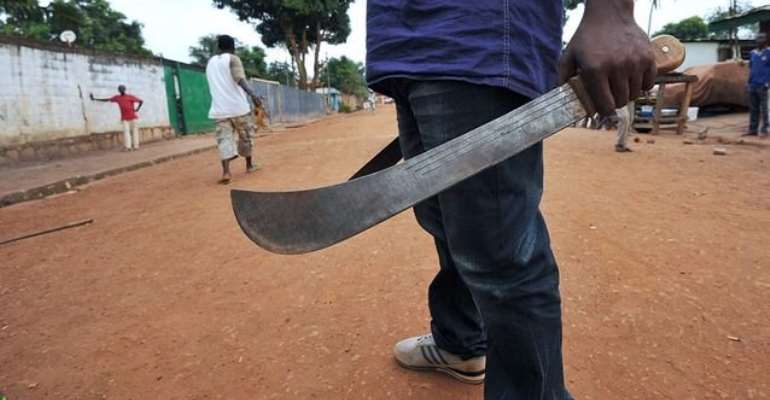 A mosque at Darkuman, a suburb of Accra has been attacked by youth believed to be Muslims.

According to an eyewitness, the youth stormed the mosque after prayers Friday evening claiming some other youth there had made unsavoury comments about the Chief Imam.

Ibrahim Abass told Joy News some six youth were injured during the fracas.

He said their mobile phones and other items were stolen by the cutlass and knife wielding thugs who threatened to deal with them.

Ibrahim said they chanted “we are the defendants of the National Chief Imam and we will kill people who are insulting Chief Imam. We will kill you and there will be no police to defend you.”

He said the injured are receiving treatment at various health centres .

The spokesperson for the Chief Imam, Sheikh Aremeyaw said he is not aware of the supposed insult or the attack at the mosque.

Whoever the thugs were, he noted, were not acting on the orders of the Chief Imam.

“Issues like these when they happen, cause disturbance because he does not want to be the centre of conflict,” the Cleric said.

He stressed that if even indeed uncomplimentary comments were made about the Chief Imam, he will not order the youth to get vengeance on his behalf.

“The Chief Imam is a very forgiving type who has a very peaceful disposition,” he added.

He said the police and other investigative bodies should investigate the issue and apprehend the culprits because the Chief Imam will not be associated with such behaviour.